It’s hard to find anyone bullish on the U.S. dollar these days following the recent retracement from its recent highs against most of its G10 counterparts.

The dollar has failed to hold on to its gains and fell sharply against the euro and the pound in the last few months, as investors are worried that signs of slowing growth in China, as well as the recent collapse in global stock markets, will prevent the Federal Reserve from raising interest rates at its next policy meeting on September 16-17.

However, amid the recent turmoil in global stock markets, the euro has shown a lot of strength over the last few months against the U.S. dollar. The EUR/USD pair started a mild bull rally after reaching a 16-year low in March, slightly above 1.0450.

Since then it has gained more than 9%, surging above the psychological level of 1.1000, as well as above the 200-day simple moving average. The change in sentiment for the single currency comes in the wake of investors selling the dollar and buying the euro aggressively in the past few months.

The Three Main Factors Which Drove the Euro to an 8-Month High in August against the U.S. Dollar:

The main reason that the U.S. dollar suffered an aggressive sell-off against the euro was the Federal Reserve delay to raise interest rates. The market was hanging on every word of Fed officials to decipher their intentions on when is the right time to start a gradual interest rate rise after almost six-years of being at the all-time record low of 0.25 percent.

The U.S. economy has advanced more than 2.3 percent (2.5 percent qoq, 2.4 percent yoy) annually over the last two years and the employment sector continues to be robust. The Fed Chair Janet Yellen has repeatedly stated that a strong labor market could make rate hikes sooner and the data coming out is the main catalyst for the timing of the first interest rate hike.

Before the next Fed policy meeting one more U.S. NFP report is going to draw market attention. During the past two years, the Non-Farm Payrolls report revealed that the economy has added more than 230,000 job positions per month, evenly distributed. 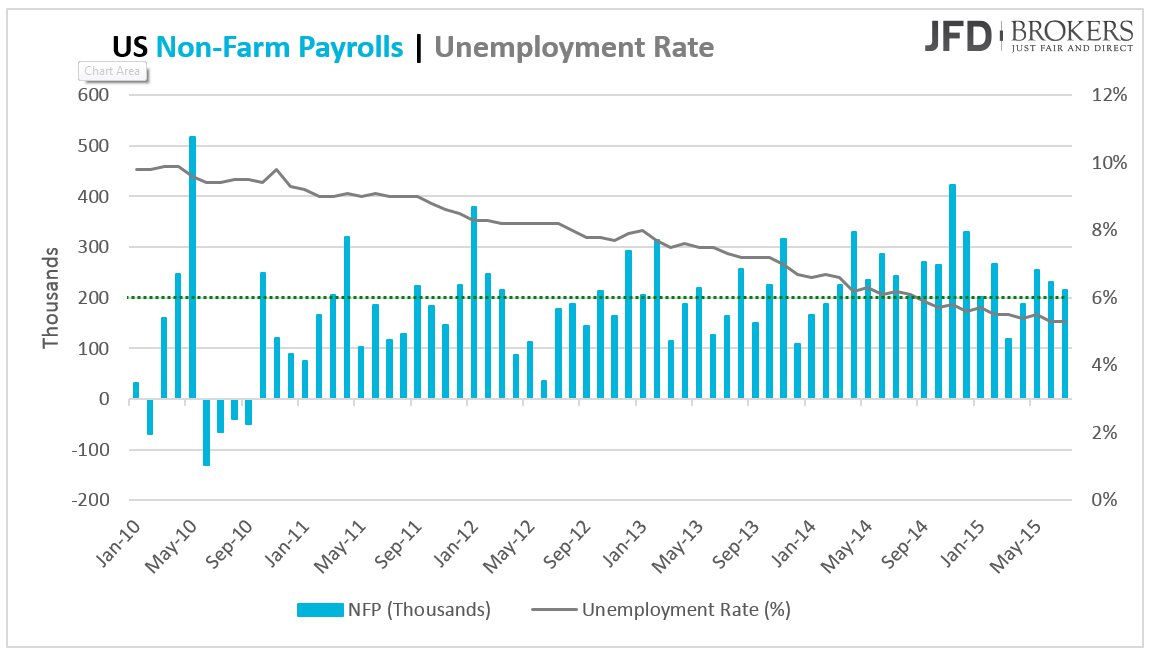 However, despite the continuing rate decreases in unemployment rate and the healthy wage growth levels, and after China’s recent turmoil, most investors do not expect any change to the Fed’s benchmark interest rate which has been pinned between zero and 0.25 percent for six years.

Note that higher interest rates will make U.S. dollar investments more attractive and may send the greenback up and devalue the euro. The ECB has interest rates close to zero and they look likely to remain low at least another year.

A delayed rise in interest rates in the U.S. could give the euro some more room to further strengthen in the coming weeks and continue its retracement upwards towards the 1.2000, from its low of 1.0460 and more recently the psychological level of 1.0800.

After China’s stock market turmoil, the People’s Bank of China (PBoC) devalued its currency for three consecutive days. The PBoC cut interest rates for the fifth time during the last year to prevent further decline of its stocks. The Shanghai Composite Index picked up temporarily after the rate cut announcement but failed to halt its recent freefall. Europe’s market fell by about 8% while Wall Street suffered its biggest rout in four years.

Even though opinions about the health of the Chinese economy vary, the crisis is serious for the rest of the world. As China is the largest buyer of industry commodities, the crude oil fell notably due to fear of reduced demand from China. It’s notable that OPEC’s oil production spiked to a 3-year high in July. Moreover, China occupies the 9.3% of United States total exports. The worry of reduced exports from the U.S. has provoked USD bulls to close their positions and remove the U.S. dollar from the safe-haven currency list.

Conversely, the falling commodity prices caused a strong sell-off on the commodity currencies which prompted investors to get rid of the USD risk and turn to other currencies, such as the euro and British pound, two uninvolved currencies. This has provoked the single currency to appreciate more than 1500 pips against the New Zealand dollar for just a couple of minutes, a rarely seen market event.

Another reason that the euro has picked up is the fact that Grexit has been left in the past. Greece’s debt crisis was solved by both sides agreeing on all of the terms for the third bailout package of €86 billion.

Greece met all of its debt requirements to the International Monetary Fund and the new discussions between Greece officials and their creditors are now looking forward to a debt relief.

The EUR/USD pair has been in a prolonged downtrend since the start of Q2 2014, plunging by almost 25 percent from the 1.4000 peak to the key level of 1.0460, a 12-year low. The downward rally in the pair has lost some of its steam, following the strong rebound from the key level of 1.0460, but the dollar is still holding below the significant zone of 1.1900 and 1.2050, July 2012 and June 2010 lows, respectively. In addition, this is a significant zone as it coincides with the 38.2% Fibonacci retracement level, as well as the 200-month simple moving average.

The pair put in its first significant higher low since the trough in mid-March 2015, which could be translated as a failure swing formation, suggesting that the bearish momentum may be waning. The simultaneous reversals in both the Relative Strength Index and MACD bolster the bullish picture. The RSI is moving higher above 50 while the MACD crossed above its trigger line and is ready to step in a bullish territory above zero. 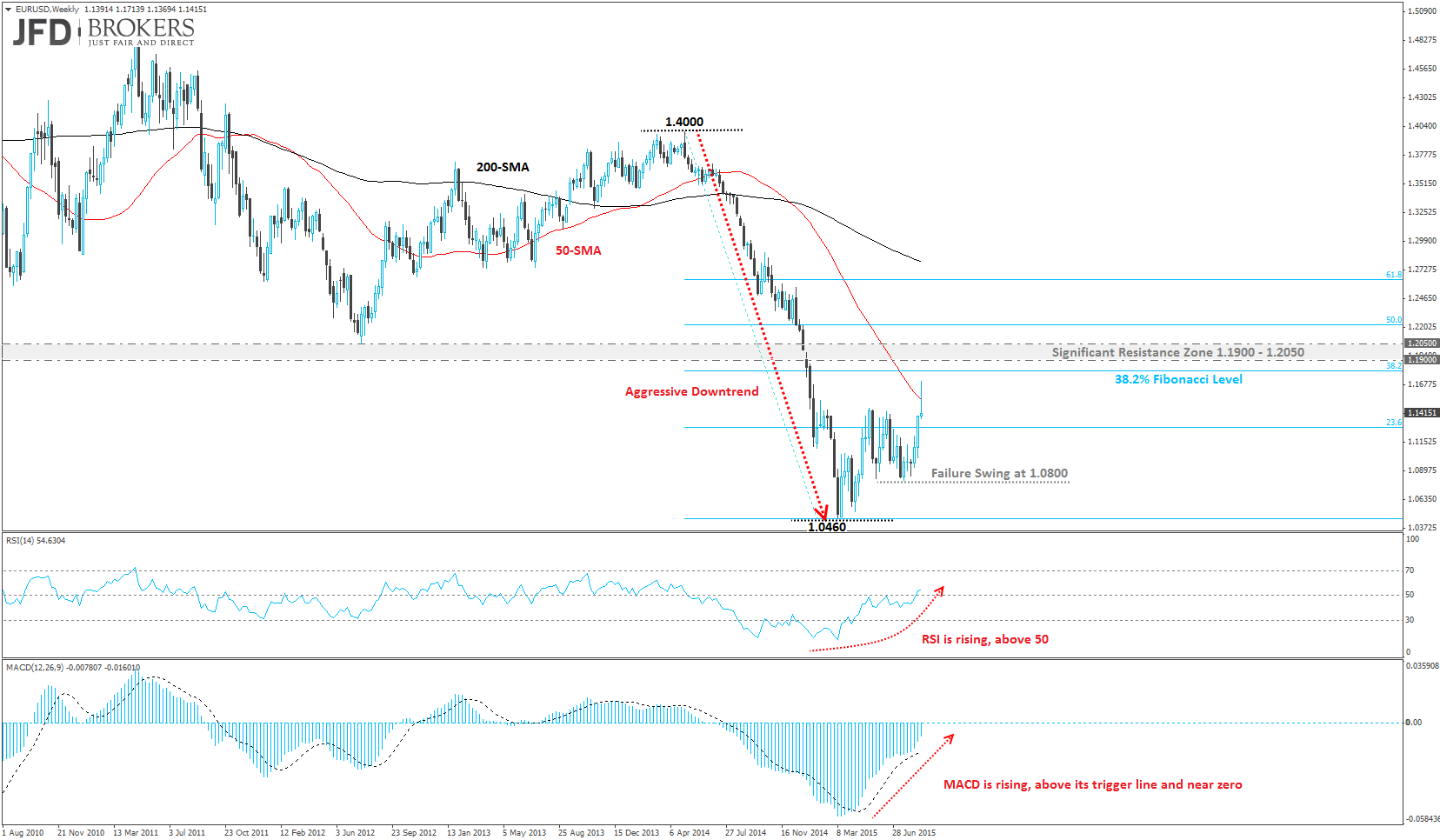 If we drop down to the daily chart, the recent stabilization within the broad 1.0800 – 1.1450 range – the pair came below 1.1400 as of writing – appears to reflect, first the weakness of the dollar bulls to continue their downtrend, and second, the expectation that the Fed will raise rates in their next policy meeting.

Therefore, if the Fed Reserve increases its benchmark interest rate in September, the pair could break below the key support level of 1.0800 and make a run towards the significant level of 1.0460 and then to 1.0300. On the other hand, if the Fed doesn’t raise rates in September and their language shows probabilities of delays, then the euro could move more aggressively towards the significant zone of 1.1900 – 1.2050.

Very clear and concise article, but one big point is missing: most member states of the monetary union, especially Italy, France and Spain do not want a stronger Euro, in fact they are against it, so a Euro surge, even if the Fed does not raise interest rate in September, can only be very limited. If there is no tightening, most reliable is a non trending trade strategy.

Dear Peter Many thanks for your comment. Indeed, the 3 European countries, including Germany – Eurozone’s largest economy – do not want a stronger Euro. The reason behind this is that a weaker currency will lead to stronger exports; thus the weak euro is benefiting German exporters, at the moment, as well as, France, Italy and Spain. This reflects the latest figures which came out from eurozone as the Purchasing Managers’ index for the currency area increased to 54.1 in August from 53.9, a figure well above the significant 50 level that shows an expansion in activity. However, I believe… Read more »

Indeed, clear and dynamic article! I like the technical part Cyril, both of the zones mentioned in your article are very significant! Greece issue is off for now, so one less problem for Europe, at least for now. Furthemore, i think the FED got a little more breathing room, from the push to raise rates in Sep., taking in mind the latest developments. Therefore, as you said, is risky to hold a Usd at this stage. FED meeting in Sep. will be the event of the year! Good article Cyril!

Dear Remi,
Thank you for your input and support, it is appreciated.
Regards,
Cyril

Hi Cyril,
Thanks for your very informative comment. My interest is only from a traders viewpoint and of course one must try to understand the positions of the decisive forex agents, i.e. the central banks. It was easy to see the ECB hand when the EURO fell from 1,50 to near parity. Times have changed and we now have a volatile trading range centered around 1,10. This trading forecast has been profitable to me, and I look forward to your article on the FED,
to raise or not to raise, that seems to be the question. Best regards.

Dear Peter, Indeed, the EUR/USD pair came back – following a 500 pip round trip – in the same range that was traded the last few months, centered around the psychological level of 1.1000. The recent sharp sell-off in the pair – below 1.1500 – may gather some pace ahead of the ECB meeting, however, no changes are expected at this point and it could easily turn into a non-event; thus I would expect the pair to remain in a tight range between 1.1050 – 1.1300. Going forward, the last piece of data ahead of the Fed’s rate decision –… Read more »

Hi Cyril
Thanks for your excellent comment, I agree with your range estimates, in fact this is where my positions are. Nobody seems to know what the FED is going to do, maybe not even they know. My guess is they might just make the smallest raise possible, to calm the many critics who accuse them of being indecisive, if so it will not change the EURO trading range much, but a short lived $ rally might happen. Best regards 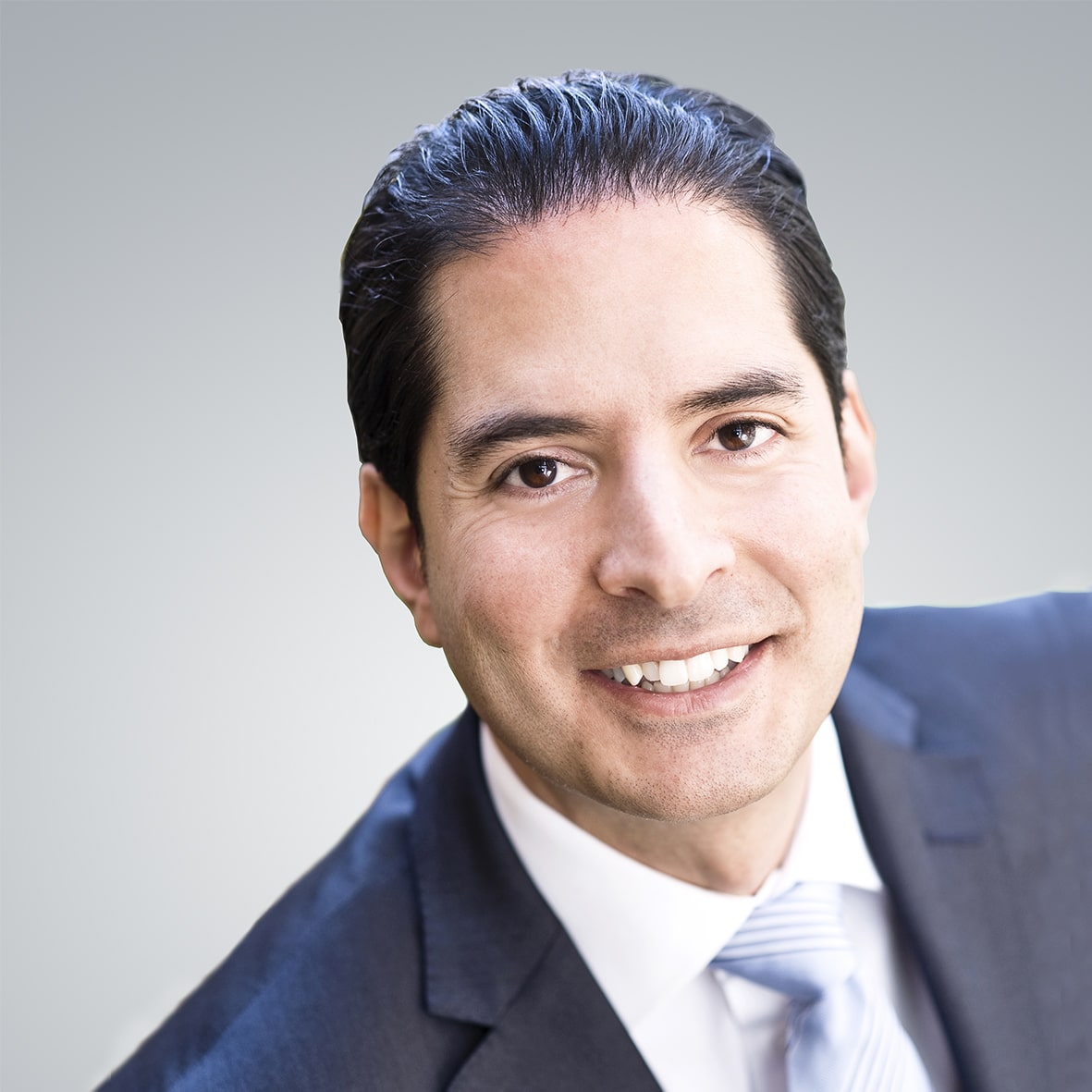