With all the information buzzing relentlessly on the wires,
keeping track of what matters the most is critical. To help Forex Magnates readers focus on the most important industry news, we have decided to offer a weekly roundup of all our best stories.

This week big brokers took central stage, as FXCM INC (NYSE:FXCM) announced its new pricing model and Plus500 Ltd (LON:PLUS) faced a troublesome report on The Times, followed by a mild drop in its share’s price. We also saw Eastern European broker Armada Markets leaving Poland, and the Binary Options industry in Australia mapped out with an informative analysis.

On Monday, one of the leading providers of foreign exchange and CFD trading services worldwide, NYSE-listed FXCM announced that its US subsidiary, Forex Capital Markets LLC, is introducing a new retail FX pricing model offering raw spreads, reducing trading costs by 50% on the top 14 currency pairs, and implementing commission pricing. This article lead to a lively discussion with 27 comments, including accusations of a lack of transparency and responses from the company.

A day later, Forex Magnates helped put the matter in context as we wrote about the larger trends developing in the industry revealed by FXCM’s move. The difficulties with onboarding client accounts bought from another broker and the commoditization of MetaTrader 4 are some of the issues discussed in the article.

Prophet of the Plunge Strikes Again? Plus500 Share Price Drops

Trading in shares of the listed CFD broker, Plus500 (LON:PLUS), on the London Stock Exchange AIM dropped 5% at opening on Tuesday following a report in the Times newspaper a day before that the British regulator is investigating the company’s client onboarding process. On Monday, the company’s share price closed down 8% after recovering from an almost 15% fall.

In June, Plus500 had already suffered a similar sudden decline in share price after a stock market commentator questioned the performance of the company. Simon Cawkwell, nicknamed Prophet of the Plunge and Evil Knievil by the British media, is a London accountant who reportedly makes his living by publicly denouncing companies whose share price, he believes, will fall and then short selling the stocks himself.

Mr. Cawkwell is credited in the UK as having attacked the share price of many companies in this way over his long career and has admitted to running short selling raids on firms in the past. His photo accompanied the Times’ article on the broker on Monday.

Armada Markets, an Estonian-based forex broker, sent a letter to all of its clients based in Poland on Thursday, informing them that the company will no longer be offering services to Polish clients as of October 10th, 2014. The article has lead to 16 comments and a written response from the CEO of the company addressing the issue.

Earlier this year in March, the Polish Financial Supervision Authority (KNF) announced that ‘Armada Markets AS’ had been added to their list of unauthorized firms, effectively banning the broker from offering financial services to Polish residents.

The move was in addition to the Estonian Financial Supervisory Authority (Finantsinspektsioon) publishing a public warning regarding Armada Markets in September 2012, stating that the firm is not regulated in Estonia.

Armada Markets CEO, Ingmar Mattus, said the firm “is not a subject of any investigation and we are not accused of anything in Estonia, Poland or elsewhere.”

The State of Binary Options Trading in Australia 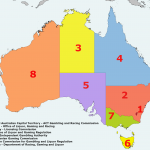 In an industry analysis dubbed ‘Looking for Quality Rather than Quantity’, published on Thursday, we focused on the Australian binary options industry.

As binary options gain popularity, clients and criticism in the continent down under, Forex Magnates has provided a timely snapshot of the growing industry in Australia, outlining its major players and the regulatory challenges they face.

The article was followed by arguments from knowledgeable readers about whether or not binary options are legally licensed as OTC derivatives in Australia.