Buying another brokers’ client assets is one thing, transferring them to your books is another

The issues involved with transferring are currently on display, as FXCM announced earlier this month that it was acquiring the US and Australian MT4 retail customer base from IBFX. Owned by Japanese Monex Group, that broker then followed with an announcement that it was shuttering its entire MT4 business and would focus its efforts on promoting the Tradestation and Tradable platform to clients.

For IBFX customers, this led to a deadline this past weekend, on deciding whether to remain with the broker and see their accounts transferred to FXCM or withdraw their funds. As a result, conversation among IBFX customers has popped up on retail forex trading forums as they debate the pros and cons and FXCM or switching to another broker.

With the transfer having taken place as we began the new trading week, FXCM appears to have taken a proactive step to ‘sweeten’ the deal for IBFX customers to remain with them, as they announced yesterday that it was evolving its US trading conditions to a commission-based model which would drop the average costs of trading with the broker.

Expected to be rolled out to other regions, the pricing drop answers what is one of the bigger concerns traders have with FXCM, as their spreads have become less competitive over the last few years. FXCM’s normal spread has typically been around a two pip markup, of which one pip is shared with any introducing broker affiliated with the client. However, with many brokers offering sub-pip markups to target active traders, it has left FXCM with a reputation of being known as a pricey broker. FXCM noted this reputation when it launched its ‘Dealing Desk’ offering with lower spreads. However, the offering never gained much interest from the market, revealing that for the most part, customers are attracted to FXCM because of their agency model. 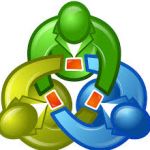 When it comes down to it, there really isn’t much difference between one MT4 broker’s offering from another. The key differentiators are execution quality and spreads. In this regard, when speaking about potential acquisition targets, FXCM CEO, Drew Niv, related to Forex Magnates last year that if a broker wanted to sell itself, they would have an easier time doing so if customers were on MT4 since they could be transferred to the acquirer with relative ease.

In terms of MT4, platform marketing was a topic in our Q2 Industry Report. In it, we interviewed forex consultants and broker technology providers on their opinions of the various white label platforms on the market. When asked if a broker only launched one platform, which should it be, MetaTrader 4 topped the list as it was the most known by retail customers and easiest to market. However, retaining clients was viewed as a major problem of MT4 due to the lack of unique features between brokers offering the product. While other platforms were seen as harder to market to the retail sector, their uniqueness offered an edge in increasing customer lifetimes.

In this light, the FXCM/Monex deal can be viewed as a microcosm of the overall shifts in the industry. On one side is Monex, which has thrown in the towel on offering MT4, both on the legacy IBFX brand, and its own tiny MT4 business which was launched in Japan last year, but has failed to gain much of any traction. Replacing MetaTrader, Monex is putting its faith in Tradable and Tradestation. Two very different platforms, they each offer unique features that greatly differentiate them from competitors.

Monex’s actions contrast to that of FXCM which is embracing MT4 and acquiring client books using the platform from other brokers. Previous to IBFX, FXCM made deals to take on Alpari’s and FXDD’s US retail accounts, of which nearly all were MT4-based. By cutting  customers’ fees of their US offering, FXCM reveals that it realizes the need to address the commoditization of MetaTrader 4 by becoming more competitive with its offering to clients. Looking ahead, it will be very important to see how this change affects their bottom line and how quickly the lower pricing will be expanded to the rest of their jurisdictions.

On the wider scale, if FXCM’s price reduction is adopted by more brokers, it could initiate another wave of spread decreases in the industry. Benefitting would be the customers, but brokers would be expected to experience margin compression. The result would be further exits from less profitable regions by major brokers and consolidation. Such a scenario though, may ultimately be what FXCM is aiming to accomplish, as their longer term plan is to grow through acquisition.

Another beneficiary from further MT4 commoditization is expected to be alternative providers and platform developers. As with the case of Monex, brokers may see an increased opportunity offering or developing proprietary trading platforms that offer a unique marketing advantage when targeting new customers and retaining existing clients. We doubt many brokers will take the route of dropping MT4 altogether like Monex did, but expect an increasing percentage of firms to adopt a multiple platform approach.

Overall, while perhaps not the largest of deals this year, the contrasting directions of FXCM and Monex Group/IBFX portray a larger trend of business model shifts in the industry.