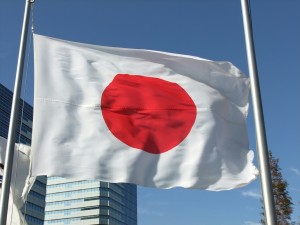 As the main drivers for the Japanese yen volatility have subsided, the major brokerages from the region have already rolled out their volume numbers for the month of May. GMO Click, DMM Securities and Monex Inc have all experienced declines in their monthly volumes, which to some may be a surprise, as we have observed more moves in the currency markets when compared to April.

That however has not been enough for Japanese traders. The bulk of the volumes which are traded by the most Forex trading aware population around is concentrated on the Japanese yen crosses. And while the euro has indeed dropped markedly throughout the month, the most traded currency pair in Japan, the USD/JPY has remained rangebound. With the lack of trending in the Japanese yen crosses, we are very likely to see further slack in monthly figures throughout the summer from the leading pack of the biggest FX brokerages by volume.

Taking a look at the charts of GMO Click Securities, DMM.com and Monex Inc, we observe that the election of Mr. Abe as Prime Minister and the unveiling of Abenomics has triggered quite a wild ride in the average daily volumes numbers by traders. However, since the monetary policy pillar of the stimulative policies plan was unveiled in the beginning of April last year, volumes have gradually been declining.

After a stellar first half, Japanese brokerage powerhouses have experienced some contraction and current levels are very close to the monthly volume metrics observed before Shinzo Abe was elected as prime minister.

With structural reforms around the corner, some increase in the pace of Japanese yen depreciation could be lurking nearby. The Government’s Pension Investment Fund of Japan is very likely to short shifting its assets to riskier bets than ultra-low yielding Japanese Government Bonds. With local stocks likely to be favoured, there is no guarantee that this shift would directly impact the JPY to the downside, however with $1.3 trillion to be invested, some portion of this vast capital could indeed go toward foreign assets to seek higher returns, as the aging Japanese population will eventually need to rely on these funds for retirement.

Meanwhile, the ECB has cemented its position as the most “interesting” central bank in 2014. The unconventional monetary policy measures unveiled at this month’s Governing Council meeting are likely to contribute to a more vibrant June for foreign brokerages. In Japan, it still remains mainly about the USD/JPY and other JPY crosses to a lesser extent.