Against the dollar last week, the pound suffered its worst week since 2010 falling 2.6 % reaching a low of 1.5027. We have been looking for a base to be made in this latest sell off but yesterday the pound climbed to fresh highs against the euro, so why could we still see a new low in the GBP/USD?

This difference between euro and USD performance shows us two things: firstly, that the GBP is being driven more by US fundamentals and data than the UKs and secondly, even though we are expecting a rate rise from the Bank of England later this year how, how soon will they raise after the Fed? With Yellen stating last month that the word ‘patience’ would remain and that decisions would depend on the data, Friday’s better than expected Non-Farm payrolls has people expecting the word to be removed in next week’s FOMC meeting.

If the Fed were to remove the word patience, the odds of a rate rise before June would increase and put extra pressure on the pound. With the upcoming election in May, we won’t see any rate rise in the UK until later in the year, which will take us to much lower levels than we are now.

We are awaiting tomorrow’s Industrial Production and Manufacturing survey, where we are looking for a rise in both. However, with all eyes focused on the dollar the pound will continue it gains against the euro. Against the dollar its losses will be determined by the extent of the US rate expectations following Thursday and Friday’s US releases.

The next few days will be important as we should stay above the 1.4950 and look for a turn back up to complete the larger wave C over the coming weeks. With the 4 hourly MACD moving crossing and the RSI moving out of oversold, any sell off should be short-lived. As mentioned, the general election and the upcoming US rate rise will put an end to the wave C correction possibly up to 1.5800 or 1.6200. 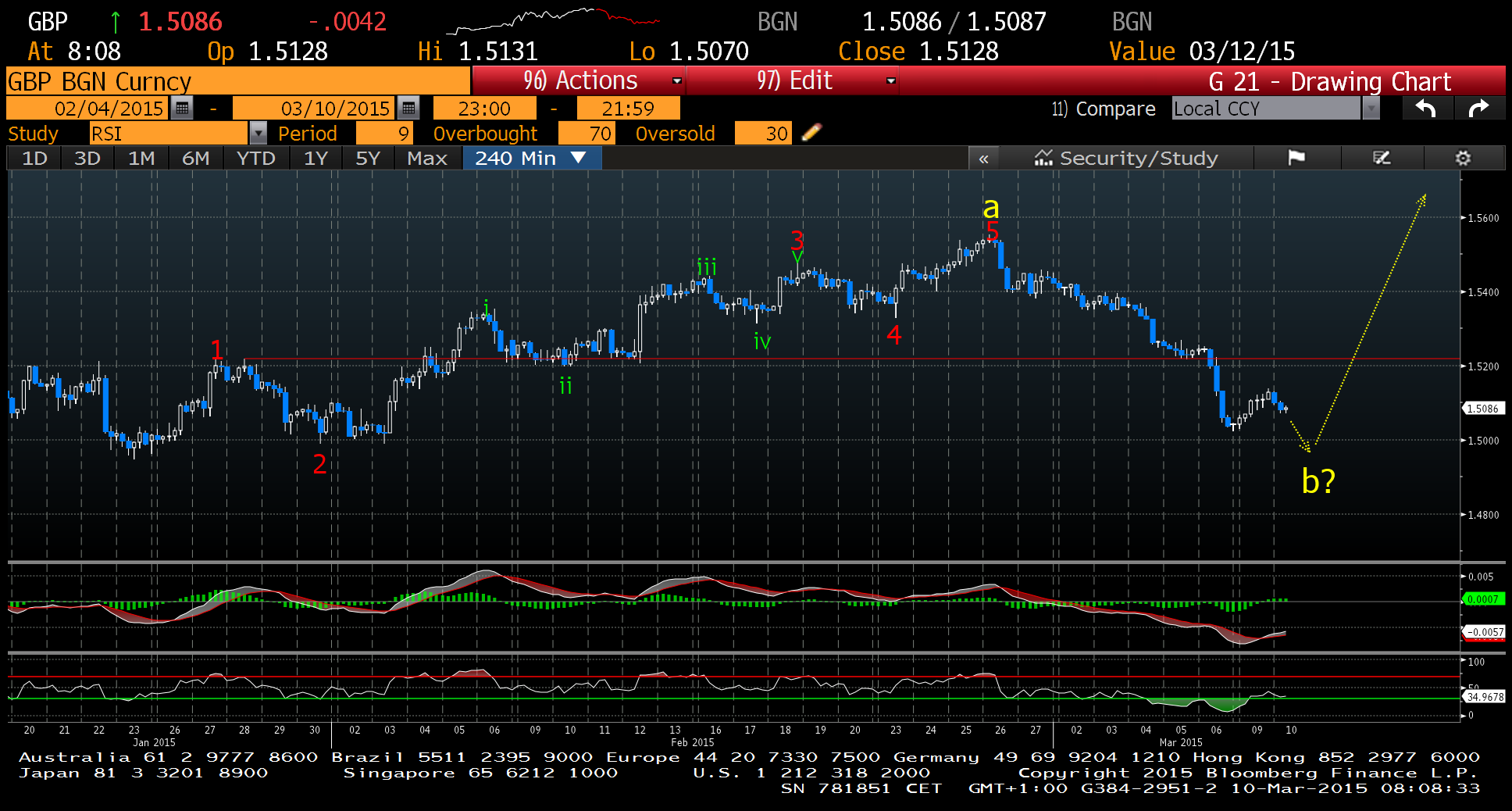 Until then though, we will look for a bottom to form in this GBP/USD which may appear a little sooner than the market thinks.

Share this article
Tags: traders / usd
Got a news tip? Let Us Know