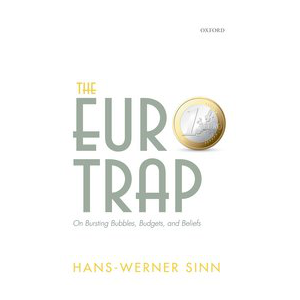 Speaking to German Newspaper Handelsblatt, the President of the German IFO Institute for Economic Research based in Munich, Hans Werner Sinn, argued that a Grexit would be the best possible solution for Greece.

He outlined that for now only a “temporary solution” for Greece is possible.

“I believe that the time of denial of reality from the part of policymakers should come to an end,” he said.

Finally, a Voice of Reason

Mr. Werner Sinn explained, “In the medium term a Grexit is inevitable because Greece is unable to cope without debt relief and ever increasing new loans from its creditors.”

The statement contrasts with both sides of the negotiating table where the Greek government and its creditors sit. While Greek finance minister Yanis Varoufakis and Prime Minsiter Alexis Tsipras claim that Greece has to stay in the Eurozone, they also insist on reversing labor market reforms, they want to increase social spending and they want to freeze all privatization deals.

On the other side of the isle, European officials are advocating that Greece’s place is inside the Eurozone, but the country needs to stick to its commitments under the bailout program.

What Mr. Werner Sinn calls a temporary solution to a very serious problem was discussed in-depth in his book published by Oxford press late last year.

“The Euro Trap: On Bursting Bubbles, Budgets and Beliefs”

In his book, the president of the IFO Institute of Economic Research exposes the flaws of the economic model on which the single European currency has been designed. He argues that the countries which have issues with fiscal discipline should be allowed to temporarily exit the Eurozone.

After a period of devaluation and re-establishment of fiscal discipline the countries should be able to regain their competitiveness and clear their debt burdens. In “The Euro Trap” Mr. Werner Sinn argues that after this process a new type of European government can welcome them back.

This new Eurozone structure, he argues, should be designed as a federal state with a US-type financial system, boasting tight fiscal control of its member states, a new “target balance” settlement system and a monetary policy which is designed to be regionally neutral.

According to the president of the IFO Institute for Economic Research, the permanent transfers from north to south and the running of the European Central Bank’s printing press are likely to distort the markets and economies further.

The current position of the Greek economy is unsustainable and debt deflation is the only way out of it according to the analysis in the book, which Mr. Werner Sinn presents in astounding detail.

The book exposes a number of myths, such as the allegedly solid design of the euro area which can be torn to pieces by looking at only one chart:

“Complex puzzles are solved, myths exposed, and the arcane explained in non-technical terms. While others will surely disagree with this analytical and historical perspective, they must now deal with Sinn’s clear delineation of the relevant issues and explain how they weight and interpret these issues differently,” says Professor Friedrich Breyer from the University of Konstanz about the book.

By the way, the book is an essential read for all euro-skeptics and supporters alike.

Share this article
Tags: euro / traders
Got a news tip? Let Us Know

toss these greco clowns to the curb.