TD Ameritrade (NYSE:AMTD) today reported net profits of $813 million for its 2015 fiscal year (FY) ended in September, up from $787 million for that of 2014. The company said in a statement that revenues for the period stood at a record $2.3 billion, a 4% annual increase.

Overall, the online broker booked strong metrics for both the full year and its final quarter, boasting a 10% annualized rise in new client assets, which totaled $667 billion at the end of the 12-month period. 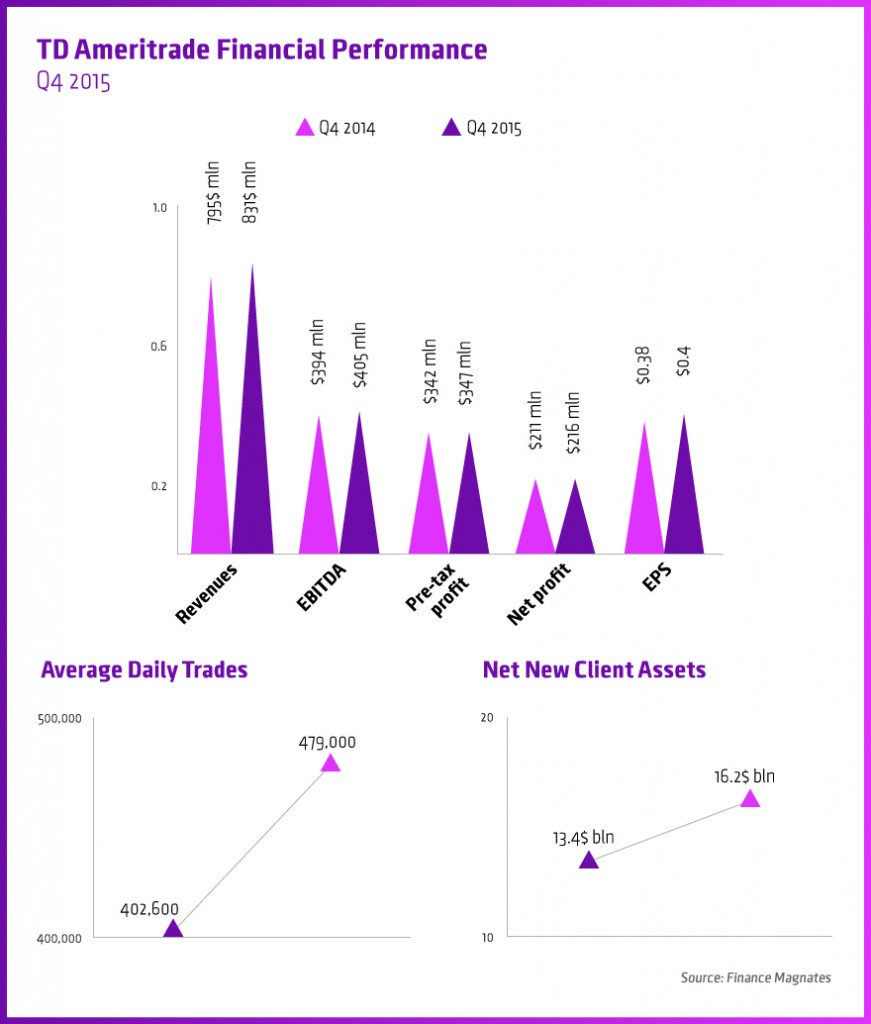 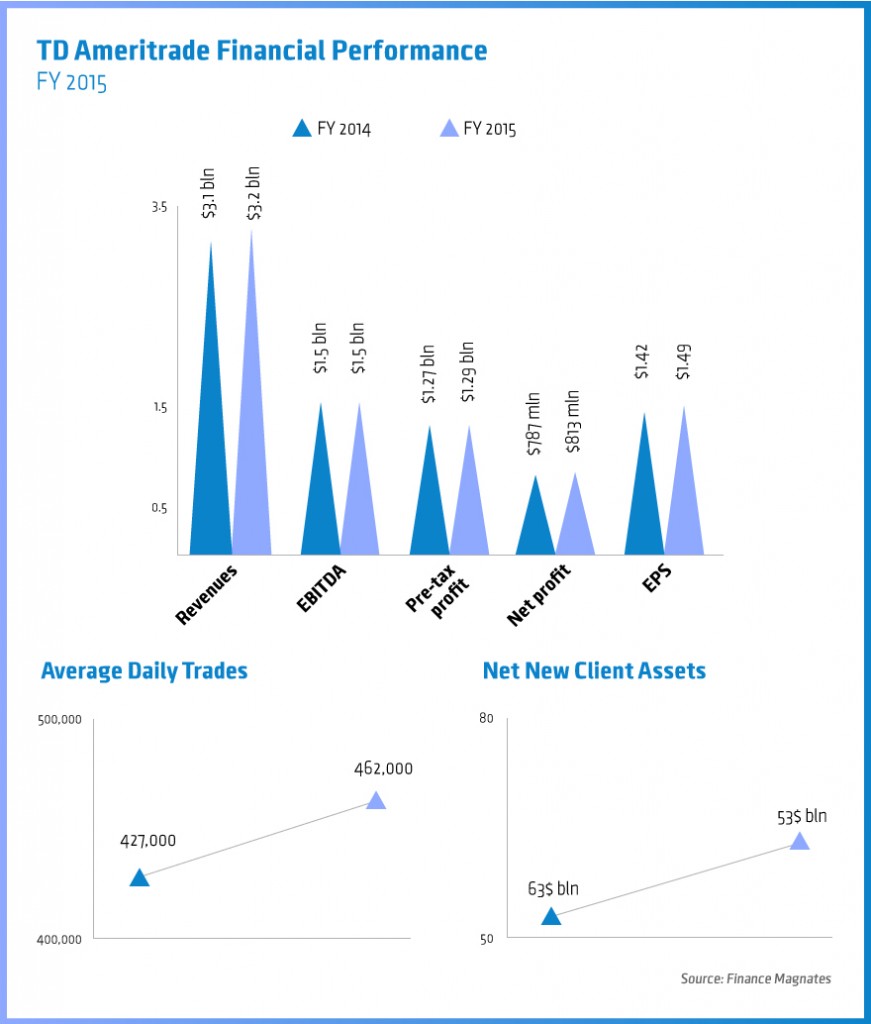 The broker expects that continued momentum will be maintained in 2016

Commenting on the results, TD Ameritrade’s President and Chief Executive Officer Fred Tomczyk said that they reflected a continued momentum from 2014, with “strong trading and asset gathering” combining to help the company deliver to its shareholders continuously improving financial performance. Return on equity, on an annualized basis, stood at 17%.

Mr Tomczyk went on to note that the growth in new client assets in particular has marked its seventh consecutive year of substantial, double-digit growth, and pledged to keep this momentum going through 2016.

Growth has been remarkable not just in terms of financial results but also in the number of daily trades, especially in the last quarter of its FY 2015, when TD Ameritrade particularly benefited from renewed market volatility. Average daily trades in the period reached a record high of 479,000, at an activity rate of 7.3%. The activity rate for the full year stood at 7.1%

Naturally, given such results, the outlook for FY 2016 has been optimistic. The broker expects to generate EPS of between $1.45 and $1.75 next year.