A seasoned trader I used to work with would begin his training of new recruits by simply telling them to “leave their ego at the door”. Anyone who has traded will tell you that losing control of one’s emotions can quickly turn an amazing day into a disaster in a matter of seconds. But what if your trading platform could know when you aren’t making rational decisions? What if the platform could then use that information and restrict trades from taking place that shouldn’t be made? Meet Normann, a behavioral science based program that monitors traders decisions and only allows rational based trades to be executed.

Speaking to Normann Founder Francis Larson, he explained to Forex Magnates that one of the reasons there has been such an increase in algorithmic trading is that computers are emotionless. Humans can be creative and come up with ideas, but we don’t always do a good job of controlling our emotions and limiting mistakes. For traders, this means that profitable ideas can be generated, but mishandling emotions can trigger unintentional losses.

To create a solution, Francis wanted to produce a system that utilizes advancements in behavioral science to understand when humans are acting irrational, but also provides traders the ability to keep doing what they do best, which is uncovering new ideas. Normann works with traders connecting their accounts, such as MT4 or cTrader to the system. Trading is then evaluated by Normann, which then filters which orders to be sent to the market.

Currently, Los Angeles based Normann is closed to private beta users, with their public website launch only occurring in the last few weeks. Francis explained to Forex Magnates that presently, they have started the process of speaking about integration of the product and have received strong interest from both traders and brokers. Francis added that at this point, one of the most pressing issues they are working on solving with potential broker partners is where Normann fits under existing regulatory guidelines. As a new product, Normann introduces both elements of discretionary and non-discretionary account management to users. This contrasts with existing behavioral science products on the market which focus on providing data to traders about their performance, but don’t utilize any control of executing orders of the account.

While not yet out in the wild for public use, Normann is an innovative approach to handling trader emotions, and worth watching how it will be received by brokers and traders in the future. 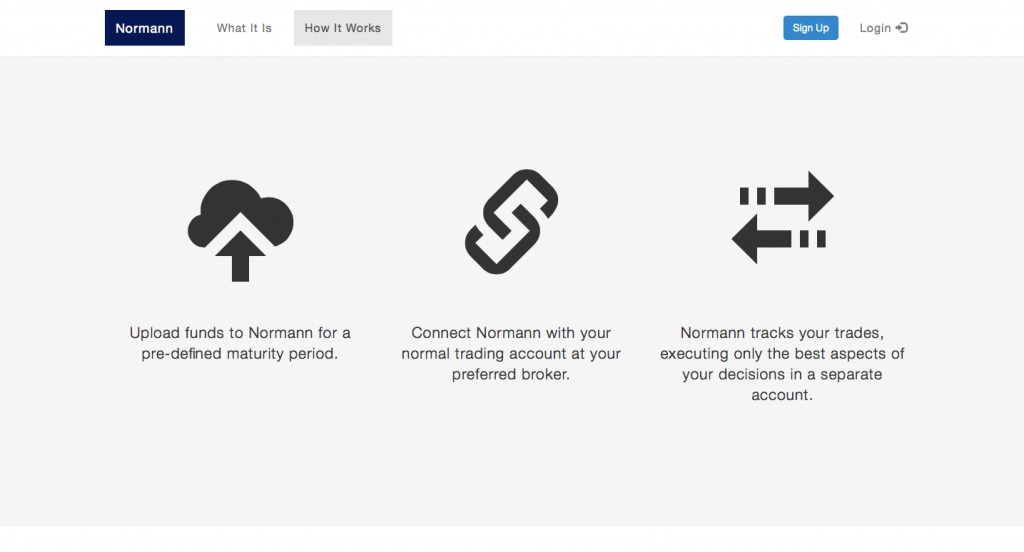 It’s not difficult for me to search for it on the web, but why don’t you provide a link in the article? This is a general question, since many articles on F.M. suffer from this.

A. is absolutely right
In most articles it is very hard to find the link to the website you are referring too and its really annoying

How this determines what is rational and what is not seems like it would take a herculean effort to explain to a retail trader who’s order/position has been rejected due to an irrational tag (I have a bit of experience in something similar), but call me curious once this comes out and a supporter of anyone genuinely attempting to educate a traders EQ. Also, this story implies systems (EAs) and their emotionless logic have an advantage over the emotional discretionary trader which I disagree with but hey – that’s what makes a market. Speaking of — has anyone dug into… Read more »

@Matthew – Yes, EAs lose on aggregate. I have yet to find an EX that has +ve expectancy with any sensible level of draw-down. The biggest problem with EAs is that they cannot cope with the rpaidly changing conditions experienced in modern FX markets.

@retail — b/c they look backwards and as soon as something is “known” everyone/thing already has adjusted to it – it wont work as well the next time. Reminds me of the “observer effect” or even how pesticides work on bugs – I digress.