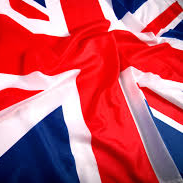 After weeks of speculation and one questionable YouGov poll result which gave the lead to the NO campaign, trading desks across the industry can take a breather – the black swan event never materialized. The Scots rejected independence and voted to remain in the United Kingdom.

Media-induced panic surrounded the vote in recent weeks during which one poll caused some head-scratching and a 150 pips gap in the GBP/USD pair by giving the lead to the YES campaign. Trading on the CME Group of Sterling contracts ramped up with reports of a record high open interest in the UK currency.

A note by French Bank Credit Agricole on Thursday morning stated, “By 8:30 AM on Friday, the pound could be back at 1.6850 if the vote goes the way polls are now showing.”

It’s 9AM on Friday and all we have seen from the pound is a knee-jerk reaction to mark a multi-week high just a touch above 1.6500, and here we are again closing in on the 1.6400 figure.

Analysts at Standard Chartered were much more guarded in their commentary stating, “We see a much greater impact on the GBP and UK assets on a ‘Yes’ than a ‘No’ vote to Scottish independence.”

Despite the “all eyes on Scotland” titles across the press, concerns about a ‘Yes’ vote were never priced into the market. Global hedge funds have long been using their own data to assess the risks surrounding a geopolitical event of this scale.

If there had been any material risk of a secession, we would have witnessed levels much closer to 1.50 to the USD. Unicredit Research acknowledged this in a morning statement, “The decline in Sterling since the beginning of July has been driven by the re-pricing of rate expectations until about early September.”

However, the bank’s note goes on to say, “Previously the British pound was trading around 1.66 and thus we feel that the ‘No’ victory will provide the impetus for a return towards this level in the short-term.”

The author of this article materially disagrees with these notions presented by bank researchers – the only reaction to a potential Scottish independence came just after the release of the YouGov poll which gave the lead to the Yes campaign for the first time in a while, causing GBP/USD to drop towards 1.6050 on September 10th in the aftermath of the news.

According to T.Rowe Price International Bond Fund Manager, Christopher Rothery, even a victory for the ‘No’ campaign would cause longer-term political damage and undermine the pound. Every Labor party victory in the coming months will mean less fiscal discipline at a time when the UK trade deficit is close to all-time highs.

FX volatility seems to remain unscathed by the turmoil. The Sterling is already tumbling to levels of 150 pips below those seen earlier this morning. GBP/USD bulls are in shambles – just hours after the biggest potential cause for buying the pound.