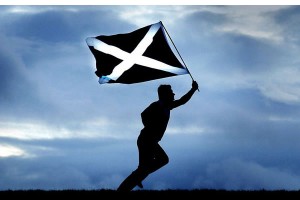 The Royal Bank of Scotland (RBS) has announced its plans to re-domicile its headquarters from Edinburgh, Scotland, to London, England, if the upcoming independence referendum on September 18th concludes with a ‘Yes’ vote, i.e. if Scotland chooses to become independent and leaves the UK.

The irony is that if Scotland chooses independence, its oldest bank will leave after 287 years and relocate to England. As much as a sign of globalization in action, it is nevertheless a reminder that there is no space for national loyalties in business. William Wallace would not be proud.

There May Be Trouble Ahead

RBS has gone through a draconian restructuring since 2008 in the wake of the Global Financial Crisis (GFC). A huge UK government bailout in excess of £46 billion was a prelude to the bank cutting staff across all divisions, from 226,000 at the end of 2007 to 113,600 in mid-2014 – a 50% reduction in 6 years. Some of the downsizing was a prerequisite for receiving bailout money, but over the past few years most of the job cuts have been related to a strategic shift from a highly diversified business model to one focused on retail and commercial banking in the UK, due to sustained pressure from the British government. 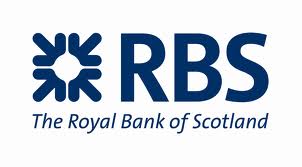 In a statement, RBS said: “It would be necessary to re-domicile the Bank’s holding company and its primary rated operating entity, ‘The Royal Bank of Scotland Plc” to England in the event of a ‘Yes’ vote.”

According to company’s 2013 Annual Report, the bank has been contingency planning for various scenarios surrounding the Scottish referendum.

In the report published earlier this year, RBS states, “Although the outcome of the Scottish referendum is uncertain, subject to any mitigating factors, the uncertainties resulting from an affirmative vote in favor of independence would be likely to significantly impact the Group’s credit ratings and could also impact the fiscal, monetary, legal and regulatory landscape to which the Group is subject.”

The report also identifies other risks that require mitigation, such as Scottish independence possibly affecting Scotland’s status in the EU, and “significant impacts to the Group’s costs having a material adverse effect on the Group’s business, financial condition, results of operations and prospects.”

Having made the announcement earlier today, RBS faced an immediate public backlash on both sides of the England/Scotland border and on both sides of the independence debate. Some believe that banks such as RBS are making the right decision to relocate, while others feel it’s unnecessary. Either option could be a moot point because according to RBS, the re-domiciling of the bank’s holding company “will not affect jobs or operations” in Scotland.

Moving to England undoubtedly allows banks to operate with a more solid fiscal and regulatory framework underpinning investor confidence, although on the other hand, Scotland has a huge cost advantage over London allowing firms to hire staff, rent premises and offer services at a much lower cost. 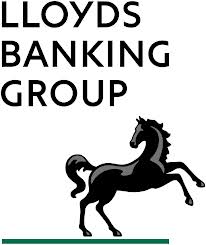 After the political games end, and the economic realities set in, the most likely outcome is that banks will optimize their operations on both sides of the border based on what is likely to generate the most revenue with the least possible cost. Politics and nationalism has nothing to do with it.

Lloyds Banking Group, RBS’s parent company, has said it could also shift its legal registration to England. The company cited similar contingency concerns, but is less affected by the upcoming referendum because Lloyds’ headquarters are already located in London.

What Would William Wallace Think?

Responding to the announcements by RBS and Lloyds, Alex Salmond, Scottish National Party (SNP) leader and First Minister said: “We know the moves both from Lloyds and the Royal Bank of Scotland will have no impact on operations or jobs. They are about brass plaques.”

In a game of cloak and dagger, Mr. Salmond has aimed veiled criticism at the British government for comments made earlier this week. A statement directly from David Cameron’s press office said that the UK government “has no contingency plans for Scottish independence.”

Mr. Salmond responded citing two reasons for the last few days’ uncertainty in the financial markets. “One is the unreasonable posture of the UK government who have refused to discuss this at any stage throughout the last two years. And secondly, the remarkable statement from Downing Street on Monday when they were facing stock market moves, where they said they had no contingency plans for Scottish independence.”

Could Mr. Salmond be suggesting that the UK government does in fact have contingency plans, but chose to make such a statement to exacerbate uncertainty (and volatility) in the markets? And consequently, contextualize market instability as being the result of investor displeasure with imminent independence? All in a bid to ‘scare’ Scotland into voting ‘No’ on one hand, and entice them to vote ‘No’ with the other.

David Cameron and his cabinet have been on a PR offensive pleading with Scottish voters to vote ‘No’ ever since opinion polls showed the majority of Scottish voters are now siding with the ‘Yes’ camp.

Despite the possibility of major restructuring and staff changes, both RBS and Lloyds are determined to make the point that they are simply moving ‘legal entities’ to a more conducive location. It’s still unclear how Scottish independence would affect legal tender, a central bank, fiscal budgets and EU membership. All of that has yet to be decided and will no doubt cause fresh controversy if Scotland votes Yes on September 18th.

Does Scotland want to go the distance and become independently isolated? Or does the nation want a mixture of collaboration and independence depending on their national interests? It seems British banks prefer to expect the former and hope for the latter.