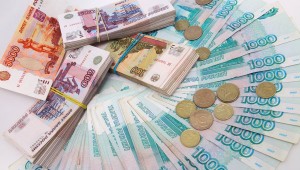 After months of deteriorating fundamentals, the Russian economy is finally set to enter into a prolonged and deep recession. The prospects of that happening were drastically increased overnight by the Bank of Russia, which has formally acknowledged the dangers of further Russian ruble depreciation and increased rates to 17% overnight.

The move came after a 7.7% decline in the value of the currency yesterday which materialized after the Russian central bank hiked rates by 1% at its regular scheduled meeting.

This morning the market greeted the interest rate hike with a big yawn, as the selloff continues with demand for the Russian currency remaining minimal.

Political pressure has been hampering the central bank’s ability to hike interest rates high enough in order to stem the decline of the Russian ruble over the past couple of months. Politicians have been more worried by a recession in Russia than the value of the Russian ruble.

However, the latest decline has led to a doubling of the USD/RUB exchange rate since the beginning of the year. Starting 2014 at 32.85, the exchange rate finished trading yesterday at 64.86 Russian rubles per US dollar.

Not Too Little, but Definitely Too Late

While the bazooka interest rate hike which the markets have been talking about for months has finally materialized, this move should have been done much earlier than in December. The value of the currency has been free falling with the Russian central bank estimating that $170 billion of private and public debt will need to be repaid in foreign currency next year.

A similar move by the Central Bank of Turkey earlier this year succeeded in stopping the free fall of the Turkish lira. However, the main difference between the two countries is structural – the Russian economy is just too dependent of the price of energy.

The markets initially welcomed the interest rate hike with a 9% rally of the ruble, however, at the time of publication the rate was merely 2% higher and talks of the central bank already in the open market to buy rubles were circulating around the market place.

With 3% of total mortgages in foreign currency, non-ruble mortgage loans are not likely to spell trouble for the whole mortgage market, however the interest rate hike to 17% might just do that.

Danske Bank revised its USD/RUB forecast this morning, releasing a note projecting a decline to 72 within a month and 80 rubles per US dollar in twelve months.

Meanwhile retail traders do not have much incentives to trade the Russian ruble pairs, as the spreads have been very wide, while leverage requirements have been bumped up as liquidity dries out.