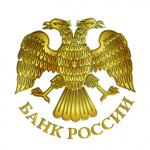 The Central Bank of Russia (CBR) is being buffeted on several fronts this week as the bank struggles to contain rampant ruble speculation with rumours surfacing yesterday and today that the bank will implement capital controls to dampen the impact of significant capital flight from Russia in the near future. According to TASS news agency, the CBR is considering artificial currency management and capital controls.

Market speculation that the CBR is considering capital controls sent RUB currency pairs spiralling lower. Against the US dollar, the ruble reached a multi-year low of 39.77 before paring back some losses late in the Asian trading session on Wednesday. Against the euro, the ruble is trading above 50.00 for only the second time since late 2008.

Using the CBR’s own valuation of the ruble compared to the basket of euros and US dollars, the ruble fell beyond the 44.40 level which the CBR references as the ‘line in the sand’ beyond which intervention will occur.

The CBR widened the ruble’s trading band in August of this year in preparation for a free-floating ruble next year – a policy shift that would make interest rates rather than reserve utilisation as the primary mechanism for controlling currency movements and managing inflation.

There’s No Russia without Oil & Gas

In related news that affects both Russia, the US dollar and crude oil prices, the CBR has announced that it will assume an “oil price of $60 per barrel in its new stress scenario for monetary policy,” according to CBR’s First Deputy Governor, Ksenia Yudayeva.

“The purpose of this scenario is to prepare a shock scenario to work out an action plan which we would implement to limit negative effects,” said Ms. Yudayeva.

Russian authorities are once again in a quandary as how to best to reign in speculative attacks on the ruble, support an ailing ruble bond market, as well as how to protect Russia’s biggest source of revenue – raw material and commodity sales. As the ruble has been falling in value against the US dollar for almost the 11th week in a row, holders of ruble-denominated bonds are suffering twice over in terms of a depreciating currency and exposure to falling bond prices.

Russia is no stranger to capital restrictions caused by international financial effects. Russia first imposed restrictions on capital outflows in 1998 when the ruble’s decline led to a default on sovereign ruble-denominated debt. Those capital controls were only removed in 2006. Implementing similar controls today risks damaging Russia’s ambition to compete in the international financial markets without government assistance and with a free-floating currency.