First launched in 2005, Reddit was originally viewed as a geek’s social media platform. Registered members submit content, links and images, which are then voted up or down by other members. It was always awesome, albeit somewhat niche.

Following Reddit’s move to Amazon AWS servers in November 2009, Reddit tripled in pageviews and bandwidth count. By February 2011, Reddit reached 1 billion page views per month (the same number as IG monthly users today). Fast forward to 2021 and there are 2 billion comments on Reddit from 52 million daily active Reddit users. Reddit bills itself as ‘The front page of the internet’. A bold claim. But, the platform features a massive collection of forums where people can share all kinds of content. Plus, It’s the 7th most visited site in the United States and 18th in the world.

But, it was 2021 when Reddit really caught everyone’s attention. Especially forex brokers, banks, regulators and Wall Street. #RedditArmy, #WallStreetBets and #GameStop brought Reddit to the attention of every finance brand in the world. And now, finance brands want to know more about Reddit. Should they have a presence there? Maybe even incorporate the platform into their marketing strategy? Let’s delve into Reddit and look at some marketing hacks for the finance space.

Still not sure if it’s worth discussing Reddit marketing for your finance brand? Check out these stats for the finance and crypto space. 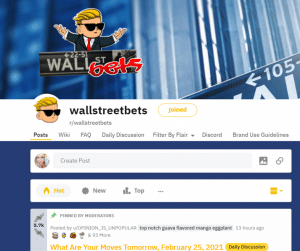 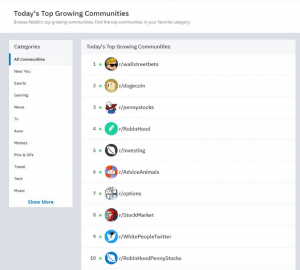 A group of amateur stock investors (mostly) banded together on Reddit to take on Wall Street for the value of the stock for GameStop. Video game retailer, GameStop’s stock price increased due to the actions of users on the WallStreetBets subreddit. Memes on Twitter went wild and GME stock jumped from 18.84 USD on New Year’s Eve to 347.51 USD just 3 weeks later. A ridiculously impressive rise of 1,744.53%. 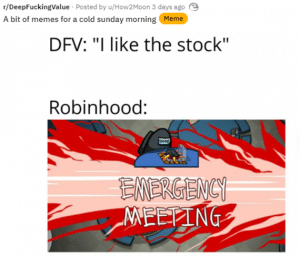 Robinhood came under fire from traders and lawmakers alike after the platform made the decision to block its retail customers from trading some 50 assets. Most notably GME, AMC and other ‘meme stocks’ that WSB was enjoying. Everyone had an opinion. Even notorious Twitter agent provocateur, Elon Musk. 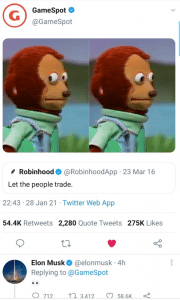 In 2020 many finance brands want to become more authentic and better connected with traders and investors. Mainly because that’s the focus for Millennials and Gen Z who don’t appreciate banner advertising or spammy Ads. But, as with every social media platform, Reddit has its own rules, best practices and user demographics. Let’s look.

Don’t go into a new social media network unprepared. Take some time to understand the rules, terminology and jargon. Failing to understand rules can leave you permanently banned from subreddits which is not a good place to be. Here are a few key pointers:

Reddit is not the place for you to be posting your official company presentation, boring corporate video or repetitive promotional sign up and trade posts. Reddit users hate marketing as a rule. They want to be informed, entertained and engaged. They want to discuss trending issues without your pushy messages. There’s a whole subreddit devoted to mocking tone-deaf marketing so don’t try to play games with this community!

TIP – Interact like a human using gifs, funny posts and comments. Or just sit back and enjoy the community. 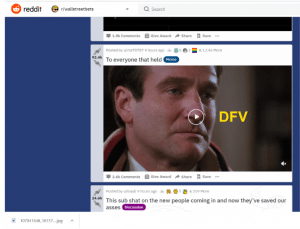 #3 Understand the Demographics before You Advertise

Before you advertise, you should take time to understand the community and check that it aligns with your target finance demographic. The latest Reddit stats show that 50% of desktop traffic originates from the US, followed by the United Kingdom and Canada with around 8% percent each. Australia has 3.78%. Reddit is not blocked in China as of the time of writing, but it has been blocked intermittently in the past. The site is most popular among users in the 25 to 29 age group and popular topics include tech, mysteries, gaming and finance.

You can advertise on Reddit and there are different types of placements you can try including:

AMA or ‘Ask Me Anything’ posts are great for demonstrating brand transparency and individual thought leadership. 86% of consumers say authenticity is important when deciding what brands they like, and over 80% said that they need to be able to trust the brand in order to buy from them. On Reddit, an influencer, executive or team member from your finance company can create a post introducing themselves then encouraging Redditors to ask them questions. Don’t be promotional.

Some examples might be your HR Manager answering questions about working in forex, a company IB answering questions on partnership, or your CEO answering … anything! If you’re going to take this route you need to be prepared to answer anything or laugh questions off with good humour. This is no place for overly sensitive brands or FX companies who don’t want to build human connections.

#5 Start or Participate in a Discussion

Participation is highly encouraged on Reddit. In fact, a lurker is someone who visits the site but doesn’t post or participate in the conversations. Lurkers may be called out or invited to join in by Posters. I’m a fan of organic over paid marketing and one of the best ways to be present involves starting or participating in a subreddit discussion about your brand, product or industry like forex below.

TIP – Posts with long and information-rich titles perform best on Reddit. The character limit is 300 which gives a lot of room. Don’t be afraid to write full sentences as Reddit users like informational titles. 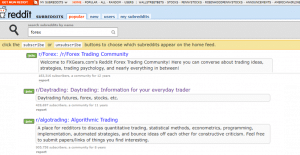 This can set you apart as a thought leader while organically drawing people towards your product and services. If you’re starting a thread, watch comments to monitor any negative feedback. If you get negative feedback that’s legitimate, you should engage with it and feed it back to your team. Never attempt to delete or cover up complaints.

Once you’ve interacted with people from niche communities and built some credibility, you can then start testing some of the larger subreddits as well as posting your own content. Be careful though. If you look like you’re being overly promotional, the Reddit community can hold a grudge and you might even receive a subreddit ban.

Subjects that trend on Reddit often continue at a fast pace on the Twittersphere. Here you can also see finance and crypto influencers from Reddit sharing trades and market news.

If You’re a Finance Brand You Should:

As the unofficial front page of the internet, Reddit has some serious SEO pulling power. That means your content appears higher on search engine results pages, you acquire more traders and enjoy increased traffic to your site. Or, you can be a great community member, glean valuable insights and follow the FX markets via subreddits. Either way, if you’re a financial services brand; Reddit in 2021 is an exciting addition to your marketing efforts.