New Jersey-based DriveWealth is a major partner to many retail trading apps and challenger banks across the globe, including Revolut, MoneyLion and Unifimoney, among others. The firm helps these platforms navigate the complexities of the brokerage business and provides them with popular investment products, such as no-commission trades and fractional shares. 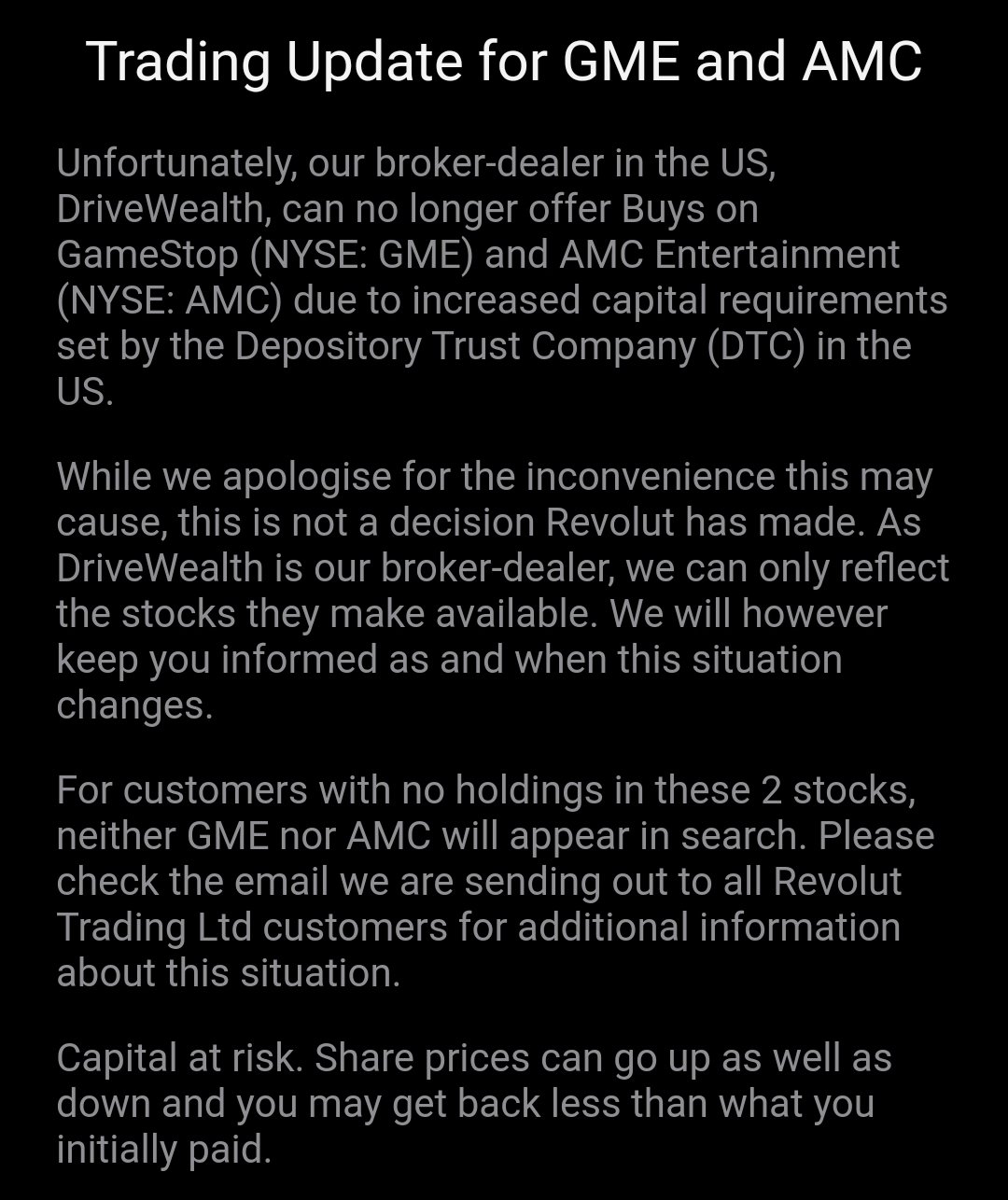 However, it is not clear if DriveWealth has also banned Nokia, Blackberry and other stocks that benefited from an extraordinary rise in their value, spurred by social media users on Reddit in what began as a move against hedge fund managers.

Almost all major retail apps have placed restrictions on trading in these shares, which sparked allegations involving conspiracy theories, political intervention and that the hedge funds influenced trading platforms to stop the rout.

GameStop started January trading at around $20 per share and is now sitting at around $85 per share. It traded as high as $469 last week. The meteoric rise in the share price of the game retailer forced Wall Street institutions and other short betters to buy back the stocks at a higher price, effectively sitting on billions of dollars in losses.

But, with more trading platforms banning traders from buying these stocks, Reddit users who congregated on WallStreetBets to buy into the stock are now losing out too.

The SEC is parsing the activity to uncover market instability and see if there is deliberate manipulation or fraudulent intent more broadly on stock markets.

Additionally, the agency is investigating restrictions introduced by stock apps and online platforms, which banned retail investors from buying shares in red-hot GameStop and several other troubled companies.

Share this article
Tags: revolut
Got a news tip? Let Us Know

With the increase in number of employees in an organization, greater emphasis is being placed on personnel management and also on the adoption of standardized procedures and compensation plans.

Damn what a sad news