As we’re very close to the end of another year, this is a good time to look back and see what lessons can be drawn from the previous 12 months of trading. Bearing in mind that it’s beyond the scope of this article to be anything more than a general overview.

With that in mind, let us begin :

The old trading adage ‘what looks high can go higher and what seems low can go lower’ has been confirmed this year. Just take a look at the S&P500 which had its first-ever year without a single four-day losing streak and now sits at all-time highs.

The lesson? Use stops or stop trading.

This was the year with an all-time low volatility in EUR/USD (see in chart), with other major currency pairs at multi-year volatility lows as well. This has particularly affected day or short-term traders.

The lesson? I’ll just quote Jesse Livermore on this: ‘The desire for constant action irrespective of underlying conditions is responsible for many losses in Wall Street even among the professionals, who feel that they must take home some money every day, as though they were working for regular wages.’

Price moves, which the media likes to call ‘once in a generation/lifetime,’ happen more often than that. Just take a look at oil, which has fallen from $106 in June to $55 in December.

The lesson? It’s good to know some market history, in order to add some perspective to current events.

Don’t fight the trend, particularly if BoJ (Bank of Japan) is behind it. Then how come George Soros is famous for ‘breaking’ the BoE (Bank of England) in 1992 and making over $1 billion in the process, some may ask? Well, that’s because the two situations are the exact opposite of each other: BoE was defending a strong pound and there was a limited supply of reserves for that. BoJ wants a weak yen and there’s an unlimited amount of it they can ‘print’.

Once you’ve developed a trading system that fits your personality, stick to it. Don’t chase the market and jump from one system to another. No one can be a range trader on EUR/USD during the first 5 months and a trend trader for the last 7, while sneaking some GBP/USD day trading  around the Scottish referendum in September. Unless, of course, they’re just trying to sell you something. 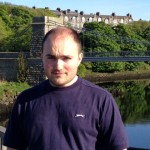 Vlad Gubernat is a full-time trader based in Romania who shares his thoughts on his blog JLTrader.

This article is part of the Forex Magnates Community project. If you wish to become a Guest Contributor, please get in touch with our Community Manager and UGC Editor Leah Grantz leahg@forexmagnates.com