Europe is home to one of the largest retail foreign exchange (forex) markets in the world. The FX market in the region is often thought of as a whole. However, it is comprised of smaller local markets, each with varying degrees of maturity and size.

In Europe, Italy is not often thought of as an FX trading hub, but although the market is small, it could be on the verge of a turning point. So how does the FX industry in Italy stack up?

As far as economic importance, Italy is right up there in the European Union (EU). In fact, based on data from the International Monetary Fund in 2018 Italy’s economy was the fourth largest in the bloc, with a gross domestic product of $1.935 trillion by the end of 2017. 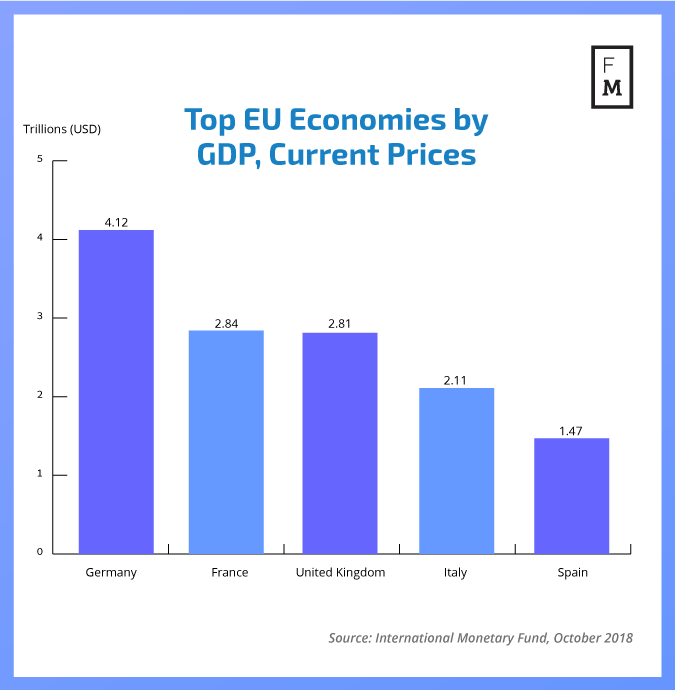 With the United Kingdom soon to leave the region, that would bump Italy into third place. Not only that but the importance of Italy as a country resonates throughout history right back to the Romans.

In order to understand the foreign exchange market in Italy, it is first important to understand the financial market in general. Typically, a country’s financial market is usually composed of three segments – the banking system, capital market, and insurance market. Out of these three, either the banking system or capital market dominate, depending on the country.

In Italy, despite its size compared to some of the more developed countries in the EU, the capital market has long traditions that underline its importance on the map of Europe. One of the most prominent participants in this market is the Borsa Italiana, the country’s only stock exchange, which was founded in 1808 by Eugenio Napoleone.

Since 2007, Borsa Italiana is a subsidiary of the London Stock Exchange Group. In terms of Italian stocks, the exchange’s trading share in Europe is 75 percent. Another interesting figure for the Borsa Italiana is turnover velocity (TV), which is the ratio between volume traded compared with the overall number of listed shares. For the exchange, TV is more than 100 percent. This is the highest value across all European trading venues. 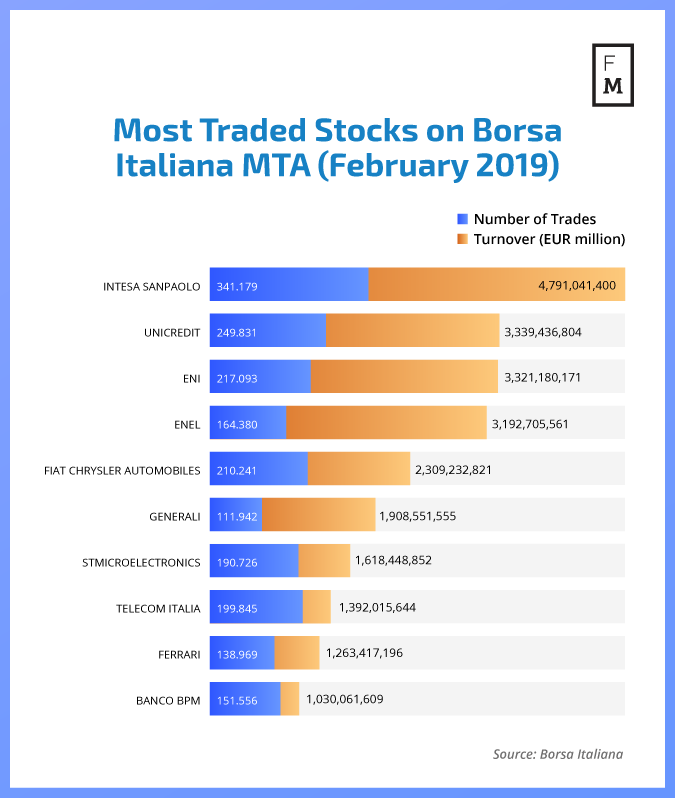 Finance Magnates caught up with Massimo Giorgini, Head of Equity and Derivatives Markets Business Development, who highlighted that Italy has the highest participation of private investors on the listed market. Not only that, but investors are increasingly participating in this space through online trading venues.

“You should consider the fact that more than 20 percent of the daily value trading in cash equities, is traded by private investors, in particular, the 20 percent I’m referring to, is related to the online trading activity. That is not including the traditional retail investment, so people that are trading by voice Brokerage, or non-direct investments like funds.

“… And the same is actually the derivatives market is mimicking the performance of the cash, because for example on the FTSE MIB mini-futures, at least 20-25 percent of the volume is done by online traders, but we estimate that if you factor in all the private investor this number may be in the range of 35-40 percent. “

What’s the Size of the FX Market in Italy?

But how does their FX market hold up? Well, it may come as no surprise to many of you to say that the forex sector in Italy is much smaller than the United Kingdom. In fact, the country has very few home-grown brokers.

This is in part because the Italian financial regulator Commissione Nazionale per le Societa e la Borsa (CONSOB) has maintained a hard stance against investments which are considered high risk.

Because of this, Italian forex traders have very few choices when it comes to finding an Italian home-grown forex broker. In fact, most of the forex brokers that are currently serving Italian FX traders are based in other EU member states such as Cyprus or the UK. This includes eToro, CMC Markets, ActivTrades, and Plus500, which are all big in the Italian market.

Home-Grown Italian Brokers – Are There Any Left?

In terms of local FX brokerages, Fineco bank appears to be the only local financial institution to provide forex trading in the country. When Finance Magnates previously conducted analysis, we identified two providers in the country, FinecoBank, and IWBank. However, it appears the latter has stopped offering forex trading.

To learn more about the industry we spoke to eToro, a social trading brokerage, who is one of the main FX trading providers in Italy. For the firm, Italy takes up six percent of its registered users, which equals around 60,000 users out of the brokers ten million customers worldwide.

“In terms of the net worth per capita, Italy is still one of the wealthiest [countries] in the world. Therefore, at eToro, we believe the country has a strong potential. Education has been and remains the main driver for the industry growth, in Italy as well as worldwide.”

With little competition in the local Italian forex market and large international brokers dominating, is it worthwhile for new brokers to start up their operations in the country? It all depends on demand, and, as highlighted by Femiano, demand for FX trading in the country is correlated with industry patterns.

“I believe we have to look at the trend from a general perspective. FX is the typical beginner’s trading instrument, due to low margins and the possibility to apply scaling and position sizing techniques to small portfolios. Therefore, FX trading demand is highly correlated with the general trend of the industry,” Femiano added.

How do Italian Consumers Trade?

Historically, Italy is thought to be a more conservative trading market. The most commonly traded currency pairs are G10 currencies – EUR, USD, JPY, CAD, and GBP, according to the trading activity on eToro. However, which currency pairs traders flock to depends on volatility.

Furthermore, Italians are more interested in trading stocks, such as the German DAX, and showing an increased interest in copy trading. Copy trading, as the name suggests, allows traders in the financial markets to automatically copy positions opened and managed by a chosen investor.