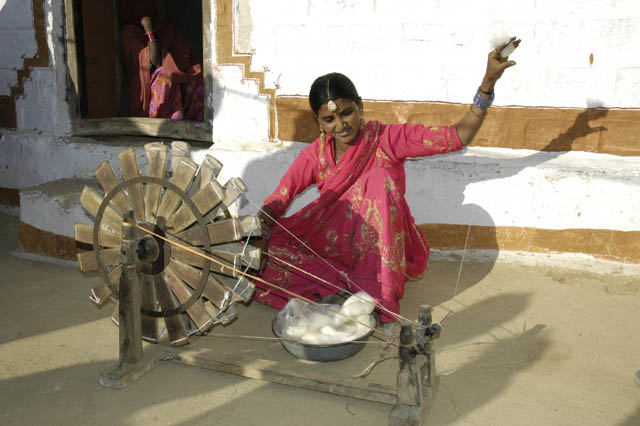 Pakistan, one the largest producers of cotton, is witnessing internal disputes between the country’s commodity exchange and the main cotton association. The Karachi Cotton Association (KCA) has condemned the Pakistan Mercantile Exchanges’ (PMEX) intention to launch a domestic cotton futures contract. The pre-partition association says that PMEX has misunderstood the product and ‘it is not suited to Pakistani participants’ to manage and mitigate risk.

The contract which will mimic the cotton futures contract on the CME which is cash settled and delivered, however the crucial element that the KCA is concerned about is the delivery aspect, PMEX’s contract will not be deliverable.

2013 has been a pleasant year for cotton, prices are up 14% since the start of 2012, making it one of the best performing commodities this year, the ICE futures contract is trading at 81.57 cents to a pound.

Cotton and cotton products contribute to about 10% of the country’s GDP and 55% to the foreign exchange earnings of the country (according to World Bank). Pakistan is the 4th largest producer according to the US Department of Agriculture and is among the top 5 nations who import and consume the product.

As a major producer of cotton, participants need to manage their risk and have onshore products in the futures market, hence the new PMEX contract is a viable option”, said Nauman Tahir a commodity and FX broker from Faisalabad in a statement to Forex Magnates.

Pakistan’s first commodity exchange, the National Commodity Exchange Limited, was established in 2005 as the first automated trading venue for commodity traders in Pakistan. The exchange was later changed to the current, Pakistan Mercantile Exchange, offering a diverse list of products including Gold, Silver, Oil, Rice, Sugar as well as other commodities.

Corporates and professionals who need to hedge their exposure in Pakistan will benefit from the establishment of the PMEX as long as the exchange offers contracts that compete with internal venues or the OTC markets, nonetheless it is a sign that things moving on the right direction.

“My clients use CFDs and futures to hedge their exposure, they are forced to execute with foreign firms on foreign exchanges (trading venues). The new cotton contract is a definite development” said Naveed Siddiqui, CEO of Mathamax Markets a research consultancy firm based in Lahore.

Pakistan is a member of Goldman Sachs Next-Eleven (N-11), a group of nations where the bank feels economic growth and development is imminent. A nation of 150 million plus, means the South Asian nation has huge potential for consumer based goods, Pakistan’s middle class is rising with a former World Bank official; Shahid Javed Burki, estimating there to be around 25% of the population who are classified as middle class.

The country’s benchmark stock index, KSE100 was one if the best performing indices at the turn of the century (2000), the index started in 1991 with a base figure of 1,000 and in 2001 it was priced at 1,770 points as the country was facing a period of economic glory. Over the next four years it had skyrocketed to 9,989 points. It then reached to 12,285 in February 2007 however due to internal & external factors the index has been unable to trade in a consistent fashion and erratic moves have been regular over the last decade.

FX has been a tradable asset class among Pakistani investors for a lengthy period, with the markets taking shape from the 80’s. FX is not regulated as an asset class however Pakistan based investors who wish to trade with overseas counterparts do so at their own discretion. Since the last five years traders were faced with restrictions set by the country’s central bank, the State Bank of Pakistan, when transferring funds overseas, the Pakistan People’s Party government restricted individuals from sending funds to any corporates outside the country. Investors welcome the new government and hope for change and stability.

The local stock market has experienced a post-election rally and the benchmark stock index reached a record high of 21,168 points, trading volumes have been modest as investors gradually build up positions on the expectation of a stable market, daily trade volume averaged $155 million this week.

Rahat Mansoor A UK based Pakistani expat who used to provide financial services in Karachi pre-2009 said in a comment to Forex Magnates: “The government’s decision to amend money transfer rules had a major effect on the domestic FX industry; traders were forced to use unconventional methods and these lead local players to get involved in cash handling practises. Businesses suffered a 30% to 40% drop in trading volumes.”

We estimate there to be in excess of 300 mid-sized introducing brokers across the country, with 25 to 40 players having significant trade volume and client numbers.

PMEX is expected to launch a range of currency futures contracts in the next few years, adding to its current selection of precious melts contracts which can be an alternative for traders in the OTC derivatives market.

A senior professional from the banking and broking sector, Nazish Lutfi who runs a financial markets training institute was appointed country head to promote MetaQuotes products such as MT4 & MT5 in the country, several domestic brokers such as BMA and AKD offer online trading platforms however most platforms lack functionality and advance features that the likes of MT5 and PFSOFT’s PROTRADER offer.

“We were pleased to sign the agreement with MetaQuotes Software Corp. – the largest software designing company in the trading field” said Nazish Lutfi, founder and CEO of ISMAR Financial in the official press briefing.

“Our company ISMAR (Institute of Securities, Management & Research) exists since 2005 proving itself as a financial training and consultancy firm of international standing. ISMAR team consists of highly qualified professionals (analysts, consultants and trainers) having extensive experience in finance and investment” added Mr Lutfi.

MT5 has potential in Pakistan with brokers on the Karachi Stock Exchange and PMEX having the ability to offer a multi asset trading platform to investors.

One of the best website about trade and much more…..