ABOUT THE AUTHOR: Jamie Coleman is a veteran Forex analyst, having covered markets for institutional and retail investors since 1997 and 2007 respectively. He was managing analyst for ThomsonReuters for eleven years and went on to be the founder of ForexLive.com.

The market fully expects the ECB to deliver somewhere between EUR 500 bln and 600 bln of additional bond purchases when it meets this Thursday, January 22. Anticipation was heightened on Monday when French President Hollande all but confirmed that such a plan was in the works. The structure of the plan will likely ease the fears of holdouts against QE, like Germany, but it will also illustrate how far away from a “federal” Europe we remain, more than 15 years after the launch of the single currency.

It is assumed that the program will be implemented by having the national central banks that make up the Eurosystem buy government bonds issued by their own governments. This will eliminate the default risk that so worries the likes of Germany. But it will also illustrate how far away from a unified economic and political entity the Euro zone remains. 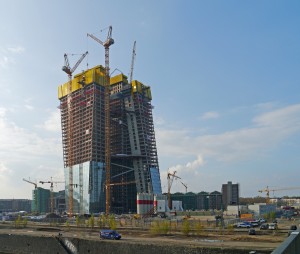 A series of crises from Greece, to Ireland, to Spain and Portugal had drawn Europe closer to a federal system. But that momentum has stalled as Europe shifts from a two-speed economy of haves and have-nots to a one-speed slow-growth model. The recent flare-up in Greece has acted as a reminder that Europe’s problems have not been been solved so much as papered over.

The likely outcome of whatever the ECB unveils this week is the market will view it as too little, too late. It will be seen as timid, because it will be. Europe, in its present form, is an unmanageable beast. Only when it becomes a true transfer union, like the US, will it be able to attack problems head on. That will not happen any time soon.