By far the largest country by retail Forex volume, Japan is home to some of the largest online brokers in the world. As opposed to other countries, especially the US and Germany where financial offerings are dominated by equity and structured products respectively, Forex is the leading asset class for retail investors in Japan. The appeal is partially the result of Japan’s population’s knowledge regarding the ebb and flow of foreign currencies, as well as a decades-long bear market in local equities which has led to an entire generation of investors associating stocks with losses.

With the importance of Japan to the overall global market, it is no surprise that along with London, it has become a destination for our Forex Magnates’ Summits, with the two day Tokyo Summit slated to begin tomorrow morning. However, unlike the UK which dominates the interbank FX market as the leading hub for global trading, Japan’s activity is primarily focused within the domestic market.

As part of our just completed Quarterly Industry Report, Forex Magnates researched the state of FX liquidity of regional markets. Specifically, we wanted to know why even with the FX markets rapidly becoming diversified with major players growing around the world, UK market share of counterparty dealing increased. Among findings were two main issues, a lack of suitable regional liquidity for it to be worthwhile for traders to counterparty with local banks and dealers. In addition, liquidity from global primary dealers who place their pricing engines in non-UK financial hubs was rarely offering local traders advantageous spreads and market depth. The report provided solutions for non-UK liquidity takers such as co-location or adopting transaction cost analysis (TCA) to monitor executions. On this John Adam, Head of Product Development at Portware, explained to Forex Magnates that TCA was becoming more prevalent in the market, especially among their asset management customers with reports being generated more often, as he stated, “It’s typical that managers evaluate trades every few months. But the trend has gone from quarterly, to monthly, to weekly, and now daily.” 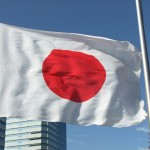 Surprisingly, even with its massive domestic Forex market, Japan was noted in our research as especially suffering from a gap of suitable liquidity. This is such, even though there is less high-frequency trading being done compared to the West, with overall order flow being viewed ‘non-toxic’ by market makers. In addition, due to the interest in servicing this order flow, primary banks have set up shop in Tokyo, placing trading engines for streaming pricing to local clients in the country.

Nonetheless, pricing and market depth, especially during periods of volatility, are viewed as being inadequate for Japan. Explaining one of the factors, Gil Neihous, Managing Partner at Fluent Trade Technologies, stated to Forex Magnates, “Local client numbers and liquidity in Tokyo are not enough to do proper matching locally between clients.” As such, for ECNs, this means there is a need to access foreign liquidity providers; creating pockets of latency in trading venues, even as some order flow is efficiently matched locally. Neihous added, “This is the main reason most of the ECNs failed to build proper matching in Tokyo and one of the factors effecting pricing quality EBS and execution delay [in Japan].”

Also affecting pricing, is what Fred Ponzo, Managing Director at GreySpark Partners, referred to as a lack of foreign-based banks allowed to enter the market. Describing the phenomenon to Forex Magnates, Ponzo explained that yen liquidity is primarily priced by local banks with a limited exposure to foreign markets. He added that the lack of foreign banks is “partially due to regulation, and partially culture, such as Japan not offering lending services out of Japan, leading to a lack of commercial FX flow.” In terms of a solution, Ponzo didn’t believe much was being done at this point to fix the problem in Japan.

It’s worth noting, that cross-border banking changes often aren’t spearheaded by financial regulators as much as by aggressive companies. An example was Citibank’s entrance into Israel where the firm’s goal was to participate in the commercial market. To circumvent regulations limiting foreign banks, Citibank opened a retail branch to satisfy requirements, but limited the ultimate retail operations being conducted in the office. The result was that it allowed Citibank to enter the local commercial market and has led them to become an active player in pricing FX products such as spot, swaps and options, adding competition and overall better liquidity to the Israeli shekel.

In Japan’s case, what ultimately may lead to an ease of foreign participation is competition from growing Asian financial hubs such as Singapore and Hong Kong. In last year’s BIS triennial FX survey, the data showed Singapore topping Japan, to become the highest ranking Asian country for FX volumes. As an Asian regional financial hub, Singapore has attracted many major global banks to establish a presence in the country through accommodative entry conditions. For the FX market, the diversity of foreign banks doing business in the country means added liquidity and greater range of currencies offered for trading. While not guaranteeing changes, the longer-term trend of Singapore’s rise in the FX market could trigger reaction within Japan to become more accommodative to foreign banks as they aim to service the local market.

Forex Magnates will be providing an update about the Tokyo Summit and Japan throughout the week. In addition, to learn more and read the entire analysis of Regionally-Based FX Liquidity, grab the latest edition of the Forex Magnates Quarterly Industry Report.