Inter broker-dealer, ICAP plc (LON:IAP), announced its trading volumes for the month of September, with the company’s electronic FX business, EBS, reporting that volumes rebounded 10% in the month of October compared to the previous month’s rebound, marking the third straight monthly increase in EBS volumes.

ICAP plc’s (LON:IAP) EBS trading volumes totaled 129.9 billion daily, which is the highest level since February 2013. The firm outlined that the last trading day of the month has contributed the most to the result, with its EBS Market platform seeing $228 billion changing hands on Friday, the 31st of October 2014. 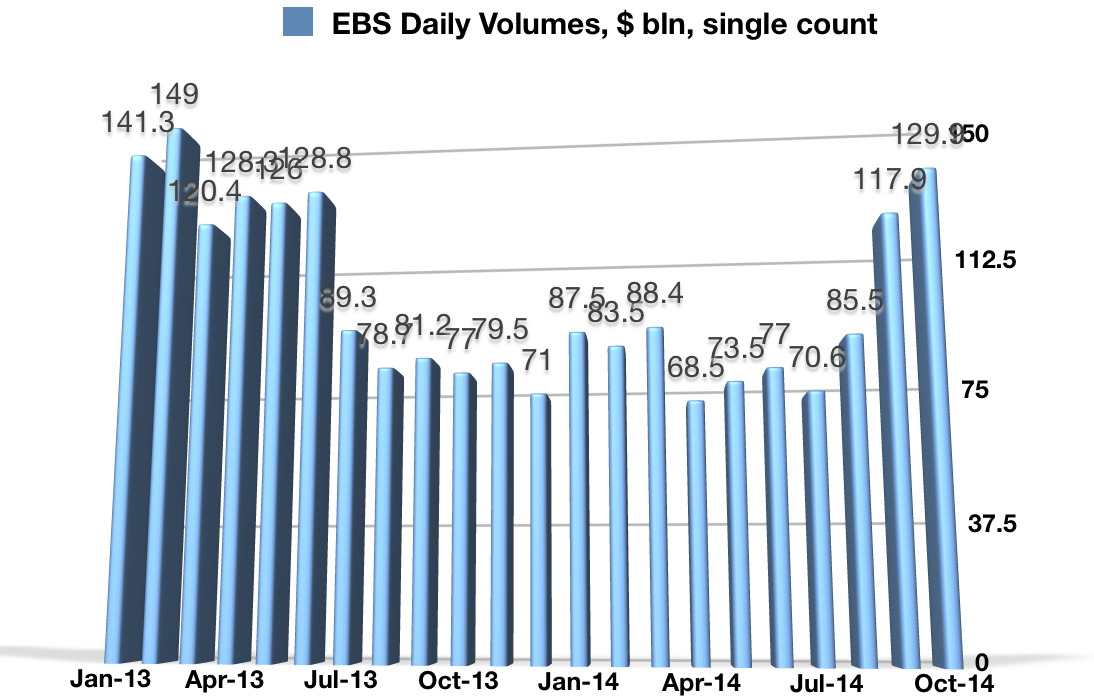 Excessive volatility across the Japanese yen crosses contributed to a total of $250 billion traded on EBS, making last Friday the biggest trading day for the company in three years. After the Bank of Japan announced its unprecedented monetary policy action, a total of $18 billion was traded in the first 20 minutes, $34 billion in an hour after the announcement, and $68 billion three hours after the event.

Seven of EBS Market’s top ten trading days over the past 12 months have occurred during the last three months. According to a company announcement on October 31, EBS Market saw an increase of almost ten percent in the number of active traders compared to the average for October 2014.

The Head of EBS Market, Darryl Hooker, said in a company announcement, “During times of high volatility the market recognises that as the primary market for deep and genuine liquidity, EBS Market will give greater certainty of execution. We were delighted to have welcomed a material increase in traders on the platform in the last couple of months. Given the superior experience in terms of access to liquidity and execution on EBS Market, we have seen a flow of new customers signing up and new interest in our platform.”

“EBS Market plays a crucial role at the heart of FX market ecology and times like these underscore the importance of lit, public central limit order books. As we see volatility return, EBS’s depth of liquidity and resilience to support these trading conditions, as demonstrated by the superior execution levels for all participants, cements our role as the leading FX marketplace,” shared the CEO of EBS, Gil Mandelzis.