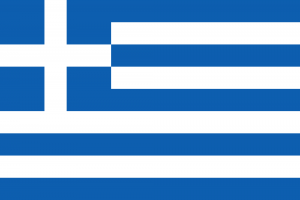 Before the final week of February, the euro has been seemingly on its way to mark a first monthly rally against the U.S. dollar after seven months of consecutive declines. However, just as the deal between Greece and its creditors from the International Monetary Fund (IMF), the European Central Bank (ECB) and the European Commission, was being digested, reality hit the markets once more.

On Friday, the leader of the new Greek government, Alexis Tsipras, took yet another populist hardline when announcing his government’s legislative plans for the foreseeable future. The prime minister revealed that the first bill to be introduced for voting on aims to end the “humanitarian crisis” in the country and includes free electricity for 300,000 households.

Tsipras said in his televised address, “Our first task is to assist a society that has been suffering for the past five years.” That said, if the Greek government is to reverse that course with similar measures, it better abandon all of its international commitments and leave the Euro zone now.

The second bill will introduce payment plans for overdue taxes and social security contributions by the Greek population, allowing citizens to break down their dues into up to 100 installments. The measure is being delivered at a time when the Greek government’s revenues targets have been greatly undershot in January and amid a growing mount of pressure from creditors to reign in tax evasion.

The third legislation is aimed at reducing pressure on mortgage holders. Primary residences with a taxable value of up to 300,000 euros will be barred from foreclosures.

Rock star Greek Finance Minister, Yanis Varoufakis, has contributed to the skepticism voiced by European leaders about the commitment of Greece to a reformist agenda with his take on an incoming debt repayment to the ECB. Varoufakis said that the country should negotiate with the bank on 6.7 billion euros of bonds held by the institution which are due in July and August this year.

In a seminar held in Croatia in May 2013, Mr. Varoufakis talked about Greece giving “the finger” to Germany and defaulting inside the Euro zone.

In his typical controversial tone, Varoufakis made accusations against the ECB for making a mistake when purchasing Greek paper several years ago.

The ECB purchased the bonds which are due this summer on the secondary market under its Securities Markets Programme (SMP). Mr. Varoufakis is nothing but correct in saying that if the central bank had stayed out of the market, these bonds would have been held by private investors who would have had to take a massive haircut, relieving Greece from the debt.

While we can not disagree with the Greek finance minister that the exercise by the ECB has been in vain, only postponing the inevitable Grexit for some time, the Greek government has repeatedly voiced its commitment to stay in the euro.

Last week after the deal with the creditors, the government’s leftist Prime Minister Alexis Tsipras stated that Greece would honor all its debt obligations. However, at a fundamental level, his finance minister seemingly disagrees.

The Greek government will not be getting additional funding from the European Commission, the ECB and the IMF, until the creditors approve the new Greek government’s economic plans. While tax revenues are declining due to lack of confidence in the country’s economy, Greece has another loan due in March.

The government has to repay 1.6 billion euros to the IMF, with 800 million euros in interest payments knocking on the door in April. The Greek government has yet to convince the markets about its seriousness in tackling the issues the economy is facing.

Mr. Varoufakis has been right all along that Greece has to default on its debt, however it will be very difficult for it to do so as part of the Euro zone. The continuing fallout of the euro strongly reflects the continued increase of risks to the Greek deal, and the single currency might only rally when the issues is out of the way, one way or another.

Share this article
Tags: greece / traders
Got a news tip? Let Us Know