Portugal’s second largest bank, Espirito Santo, and Goldman Sachs, the juggernaut US investment bank, have been embroiled in yet another scandal regarding capital flows, questionable account practices and avoidance of regulatory oversight.

In what almost seems like a déjà vu moment, Goldman Sachs has yet again been linked to under the table loans, non-disclosure of information, conflict of interest and most worryingly, playing dozens of market participants against each other in order to generate a sturdy proprietary profit.

On this particular occasion, Goldman Sachs found a way to avoid international capital markets altogether, ensuring that Portugal’s second largest bank was able to raise much needed funding earlier this year amid non-existent investor confidence and a plunging share price. Banco Espírito Santo’s financial problems had been intensifying amid revelations of accounting problems at its parent company, Espirito Santo Group. 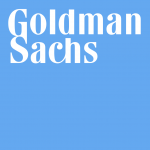 Through a Luxembourg ‘special purpose vehicle’ (SPV) created by Goldman (Oak Finance Luxembourg), Banco Espírito Santo received $835 million in July 2014, according to a prospectus reviewed by The Wall Street Journal.

The funds were reportedly designated to construct an oil refinery in Puerto la Cruz,Venezuela, for the country’s state oil company ‘PDVSA Petroleo’, being built by a Chinese company called ‘Wison Engineering’. Wison also happened to be a creditor of Espirito’s parent company in a separate unrelated deal. Globalization personified.

Merely a month after the loan was made, Portugal’s central bank, in tandem with Portuguese policymakers, bailed out the bank and have since hollowed out the rot to create a new entity, aptly titled ‘Banco Novo’ (New Bank). Intriguingly, despite all assets being bailed out by the central bank, Goldman will still receive the money back, via Banco Novo.

Surprising, because in similar bailouts that have occurred in other places, such as Cyprus, the UK and the US, small private investors were not fully compensated. It seems that while civilians get austerity and haircuts, ‘special purpose vehicles’ get to refill the tank, being deployed in a different location for a different purpose just as special as this one.

The bank’s shares plunged 80% before its bailout on August 3rd. In addition, the Portuguese government is already investigating Credit Suisse, the prominent Swiss investment bank, for its business practices in setting up SPVs in Portugal.

A Tangled Web to Be Sure

Over the past 7 years, Goldman Sachs has been caught and reprimanded on public record for misleading sub-prime investors, using sensitive market information to their advantage, facilitating tax avoidance schemes for its higher tier customer base, assisting Greece in fabricating its borrowing figures via derivative swaps, and possibly much more. A healthy margin was earned on each occasion if inferencing from Goldman’s past performance.

The flow chart (pictured) illustrates the complexity that is purposefully conjured up by banks, such as Espirito, Goldman, Credit Suisse (among many others) when they engage in questionable activities they would rather keep private.

SPVs are designed to reduce oversight and increase the freedom with which companies can cut through regulatory hurdles – not to mention provide capital at a premium without alerting regulators. Large top-tier banks have become exceptionally good at identifying weaknesses and gaps in legislation in order to maximize revenue and market dominance.

In 2012, HSBC’s $1.9 billion fine for anti-money laundering violations was contextualized as a faux pas and chalked up to poor file-keeping and soft checks – without any actual money laundering being done by the bank itself. But with SPVs and similarly abbreviated, obscure financial cogs operating out of all top-tier banks – can the regulators be so sure?

A Litany of Issues

Large top-tier banks often have personnel working on both sides of the same deal and often provide advice to a client that will only benefit the bank or a different client with interests that tangle elsewhere. These types of scenarios occur on a regular basis, regardless of Chinese walls, internal auditing, compliance oversight or the self-regulation model. Even simple business ethics do not get in the way. The benefactors vanish into a foggy pool of Sirs and Gentlemen.

The latest debacle involving the indomitable Goldman Sachs, Espirito Santo Group, and its merry band of subsidiaries, suggests that large banks across the developed world, together with international finance mechanics building high-calibre vehicles, only get murkier and more questionable the larger they become and the more investment bankers they hire.

We all know the answer to that one.