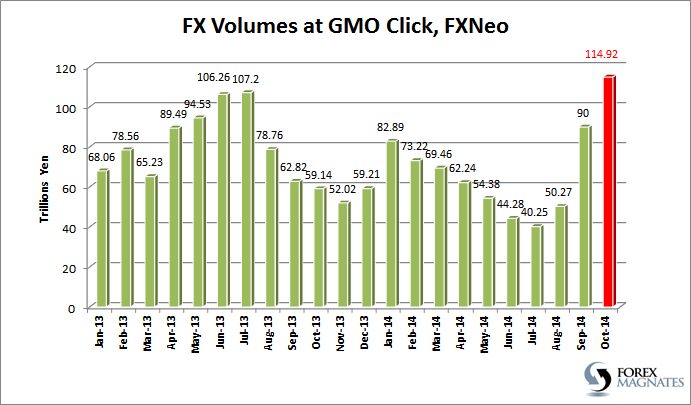 Undoubtedly a catalyst for the sharp doubling of FX volumes since August are a series of key market events surrounding Japan and the yen over the past few months. Already in August, Japan’s ‘Abenomics’ policy was facing criticism as macro-economic indicators such as inflation and economic growth were failing to meet their highly optimistic targets.

Japan’s monetary policy has remained accommodative in the extreme leading to a watershed moment last week. The sharpest daily decline in yen pairs since April 2013 was precipitated by an unexpected Bank of Japan decision to raise its targeted annual monetary base expansion by ¥10-20 Trillion from the ¥60 Trillion base already in place. The inclusion of equity linked products in the BoJ QE basket has also helped to spook investor confidence in the yen. Debt monetisation is a touchy subject currently facing most central banks, although Japan is more aggressive in this respect compared to other G20 central banks.

With the Japanese yen losing more than a third of its value due to Bank of Japan stimulus measures, not to mention the numerous artificial intervention efforts to purposefully weaken the yen in favour of Japanese exporters, a glaring question must surely be asked: Is Quantitative Easing Worth It?