When I started out in the FX market, the EUR/USD was trading below 0.90. I’ll be among the first in this new-year to stick my neck out and make an audacious prediction. We’ll see the euro trade back near that level before 2015 is out. I also anticipate that we’ll see the eurozone’s first defector this year.

Why, you ask? The disparity in the unemployment rate across the eurozone countries is not conducive (to put it mildly) to a monetary union. Germany has a 4.9% unemployment rate. Any undergraduate economics student can tell you that, at that level, they are considered to be at full employment. 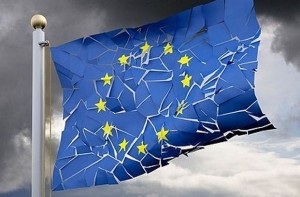 Spain’s unemployment rate however is an astronomical 23%. Greece’s rate is over 25%. Spain and Greece (among other European countries) need a drastically different monetary policy than Germany does.

That same economics student could tell you that fiscal policy and monetary policy are meant to work hand in hand in smoothing the economic cycles. Together they help battle unemployment when an economy is running cold, and together they help fight back inflation when it’s running hot.

Greece is crippled right now from doing anything to improve its situation. It turned over monetary policy decision-making powers to the ECB when it joined the union. The “austerity measures” forced on Greece when it accepted 245 billion euros in bail-out funds from the EU and IMF prevent it from making any fiscal changes that could help.

Ask yourself what you would do if you lived in a country that had 25% unemployment and your elected officials weren’t taking drastic action to change the situation.

You’d vote the elected officials out of office. As would I. You’d do so regardless of the fact that their hands are largely tied. The Greek leadership is beholden to, and held accountable by, Greek citizens. Not European citizens.

Therein lies a fundamental problem with the union. The ECB is responsible for acting on behalf of the entire eurozone, but the elected politicians throughout Europe are responsible for acting on behalf of their constituents. When all countries in the union are facing the same set of circumstances, incentives for all the decision makers are aligned. When those same decision makers face drastically different circumstances things will inherently go bad. No one would be ok with feeling like their political leadership is forced to sit idly by with unemployment levels so high. We’d all want change.

Believe it or not, I actually don’t think that Greece’s January election will lead to it exiting the euro. Regardless of who wins, they’ll bargain hard and make threats and then there will be a compromise and restructuring of the debt and austerity conditions, all of which will help kick the can down the road.

That is what Europe has gotten very good at when it comes to a member country possibly defaulting or defecting, kicking the can down the road (I’m still amazed at how quickly the Cyprus bail-in blew past). A country eventually exiting the Euro is inevitable though.

Building the bridge out 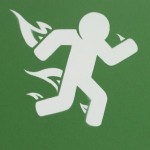 Now, you may say that unemployment has been an issue for the European economy for years, and that the ECB is already at near-zero rates, and you’d be correct. Unemployment rates have diverged drastically across the member countries and still no one has defected.

But just wait. Since 2007 Germany’s unemployment rate has dropped from over 9% to below 5%. In that same time Greece’s rate has risen from 8.7% to 25.7% today (it’s been as high as 28%). These charts are going in opposite directions. How long can you justify a homogeneous monetary policy with that level of divergence?

More importantly than that, inflation has not been an issue for the European economy since mid 2008. This year it will be. Quite a few parts of the world are starting to heat up economically.

Add a three or four percent disparity in inflation rates to the existing 20% disparity in unemployment rates and fuggedaboutit. An inflation problem will compound the employment problem. No amount of political willpower to kick the can down the road will slow the momentum behind a country bowing out. Nor should it. (The current inflation rate spread between Greece and Germany is 1.4%, so watch this space.)

None of this means that the euro is doomed by any means, far from it. Here is a question to ask though. Why are all of the political resources and intentions of Europe focused on preventing any exit from the union at all cost? Why not build a bridge across the moat? Build a mechanism for member countries to step out of the union under clearly defined terms and conditions.

Use that same mechanism to force countries out of the union when necessary. The market would love the clarity. Doing so would strengthen the euro not weaken it. Right now the market is panicking (hence my bold prediction of .9) over the thought of a country defecting because it doesn’t know what will happen next. Give both the market and the political decision makers the clarity on what the exit decision would entail and what the ramifications would be.
Something can be learned from the Scottish Referendum here. During the debate, discussions were about how much of the UK debt an independent Scotland would have to take on. There was talk of how they’d share in the North Sea oil income, how they’d negotiate new trade agreements, etc.

This level of debate and planning should be happening regarding the terms for a country that may need to exit the euro. There are brilliant economists in European politics. An orderly, well thought out plan is not a farfetched concept. The alternative is a chaotic exit that involves unavoidable default on debts owed to the rest of Europe. 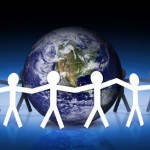 Greece is clearly not in the same phase as that of Germany in the economic cycle, and I think the gap is going to widen this year not narrow. A form of voluntary relegation (or forced when necessary) to the Champions League would inherently strengthen the Premier League. It would also re-empower that “relegated” country with the tools necessary to recover more quickly, and hopefully re-join the monetary union in five-to-ten years as a stronger nation.

If you wish to become a guest contributor, please get in touch with Community Manager and UGC Editor Leah Grantz at leahg@forexmagnates.com