The Financial Futures Association of Japan (FFAJ) has published its monthly update on FX and Binary Options volumes seen at retail Japanese brokerages listed with the association. The OTC FX monthly bulletin is accompanied by the personal OTC binary options bulletin showing that whereas forex volumes have broadly increased amongst Japanese brokers in the month of September, binary options interest slowed.

The FFAJ lists 61 OTC retail FX margin trading operators with firms such as GMO Click, IG Securities, JFX and Waijei FX among the names although only 50 brokers report trading figures for collation.

In terms of currency pair preference, the majority of traders at Japanese broking firms prefer to trade USD/JPY (73%) and GBP/JPY (9%) as prime favourites. Whereas European-based traders tend to focus on EUR/USD on average, in Japan only 5% of all trading volume was conducted between the Euro and the US dollar. 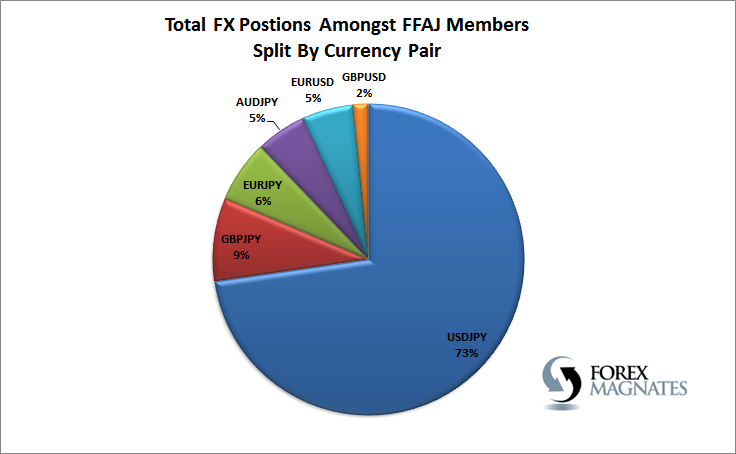 The cumulative figures published by the FFAJ predictably indicate that the raft of positive volumes reports from Japanese brokers since the end of September adds up to a superbly lucrative month for the Japanese retail trading industry.

The amount of existing binary accounts has grown by a modest 1% from 287,132 to 289,979 while a total of 614 new active accounts were opened in September – amongst the 7 trading members and 1 intermediate member of the JJAF (GMO Click Securities, Traders Securities, IG Securities, JFX, Planex Trade, YJ FX, Hirose FX and FX Trade Financial). 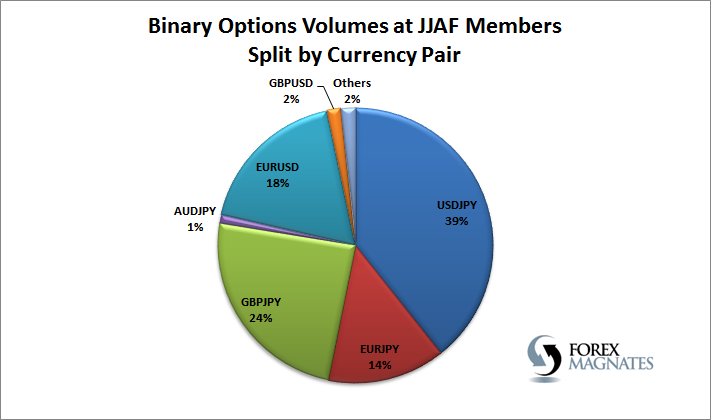