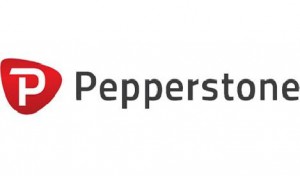 One of Australia’s fastest growing and largest retail FX and CFD brokers, Pepperstone Financial, has just announced the firm will no longer accept new Japan-based clients as of today.

As of today, Peppersone’s Japanese language website will also be removed. Existing clients have been set a date of 31st of December, 2014 to unwind and close all open positions.

Turning over approximately $70bn per month in FX transactions and ranking in the Top 10 largest retail brokers globally, the firm is looking to take all the appropriate steps in order to list publicly later this year.

In an exclusive interview with Forex Magnates, Pepperstone’s CEO, Owen Kerr explained, “We deem it not appropriate to provide services to Japanese clients without holding a financial services license in Japan.” Adding, “This move is part of a broader plan that we have undertaken to ensure compliance in material jurisdictions in which we operate. It is essential for any multi-national broker to respect local regulatory rules.”

In parallel, Pepperstone has strategically acquired a financial services license from New Zealand’s Financial Markets Authority (FMA) allowing the firm to offer trading services in New Zealand with a fully regulated status. The license was officially approved earlier this week according to Mr. Kerr.

An IPO has been rumoured to be the firm’s future direction for several months, amid a broader industry trend. The firm’s operational changes in recent weeks and months could be an indication that with Pepperstone standing on the precipice of becoming a public company, it wants to optimise all aspects of its business in order to present the best possible offering to investors in the forthcoming IPO.

Pepperstone has appointed UBS and Citibank as co-lead managers and underwriters for the IPO to be made public later this year. Mr. Kerr also revealed that given Pepperstone’s strong performance and growth over the past few years it has allowed the broker to “actively consider acquisitions in Europe to facilitate growth in the region.” The broker made a successful foray into the Chinese market in 2013 and currently derives approximately 15% of its total revenue from China.

Forex Magnates will bring readers exclusive reports of Pepperstone’s IPO expected to be finalised before the end of 2014.

Not the First Ones

Pepperstone’s decision to exit the Japanese market follows on the heels of its close competitors taking similar steps. Only this week, FXCM Japan announced plans to cease offering services to Japanese retail clients in part due to regulatory changes and leverage restrictions imposed by the JFSA. Earlier this year, the Japanese FSA (JFSA) issued a warning to Australian brokers and was reportedly liaising with ASIC on a senior level regarding prohibiting Australian broking firms from operating in Japan without a local license.

Pepperstone admitted in an official statement, “We may look to obtain a license in Japan in the future, however, in the meantime we are focused on being fully compliant with the Japanese regulatory system.”

Japan accounted probably around 25-40% of their equity base. Now when they loose such a material part of their business they plan to launch an IPO?

Things look to be going down from here for many industry participants. Admiral Markets just posted a first-ever loss as reported exclusively by Forexmagnates:
http://forexmagnates.com/exclusive-admiral-markets-group-ceo-reacts-first-ever-net-loss-h1-2014/

There is not going to be any IPO with this kind of mess.

So they create a New Zealand entity to funnel their Japanese business through, seriously !!
All they are doing is moving the risk from their Australian entity to their NZ company, there is nothing smart about this except for the fact that it will get ASIC and the JFSA off their back.

Smart traders can see though their fake PR and its pretty clear Pepperstone are under huge pressure from the regulators and they are not very smart about the way they do business.

So they strategically aqured a licence from the FMA in NZ at the same time as they are turfing their Japanese business. Smells fishy to me.

They will probably make the NZ company a whilabel to the Aussie company and transfer all their Japanese bussines to it. This would ring fence the risk and still allow them to benefit from the Japanese flow that they have built their entire bussines around.

Quite a shady strategy but good luck to them.

Anyone else noticing the Aussie corporate watchdog seems to have woken up from his puppy nap and is looking to rip apart every unwanted animal in his backyard?

What a fluff piece. If pepperstone every produce anything other than words regarding their size, for instance an audited statement, I would happily bow down and give them my trading account. But until then, they are just a white label with an ego.

On october 29, 2012 Pepperstones CEO Owen Kerr was quoted in the forex magnates article as http://forexmagnates.com/add-a-zer0-please-asic-wants-more-net-capital/ as saying this: Commenting on the positives of the new regulations, Owen Kerr says; “The last thing Australia wants is a reputation for lax regulation, like what happened with New Zealand, which is perceived to be the “wild west” where any person with a few thousand dollars can set up a ‘regulated’ entity”. They have now joined their cowboy friends in the “wild west” down in New Zealand. I wonder what would motivate a seemingly legitimate broker to operate in the “wild west”?… Read more »

This is a desperate attempt to save that book of business , the dodgy affiliates from japan , bloggers , money managers and all the other pissed off JP clients have finally stirred the regulators to go after these clowns.

Well Good luck on that IPO that has been going for over 2 years ! by now you could have already paid virtual dividends !

These jokers have been talking about an IPO for 2 years. Now they are sending their illegitimate Japanese business out of Australia into a New Zealand entity. I wonder what are they doing about their Indonesian business that they have also been blacklisted for. I see that they are now targeting Russia, another no-go zone for legitimate brokers, what is it with these people, they seem to go after the business that no one wants then come out and spin a story about what a huge firm they are to attract the unsuspecting punter. Jokers !

If their plan is to shunt their Jaoanese business through New Zealand ASIC and the JFSA should intervene to stop them.

JFSA is going a similar route to CFTC in that they are trying to protect their ‘turf’. Of course, Japanese residents are on average much more versed in FX trading, and as such wish to have higher leverage available from NZ, ASIC, etc brokers.

What’s wrong with Japan/Russian order flow? Money is money (minus the exchange rates), isn’t it?

Wow it looks like one thing Pepperstone does quite well is stir up the competition!!! – Some serious cases of Tall poppy syndrome going on here…