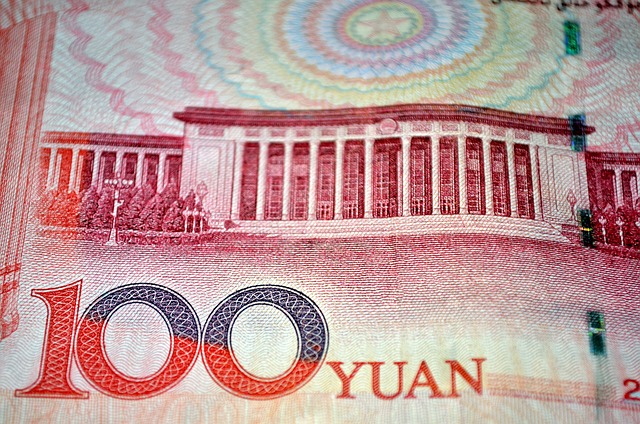 Downward pressure on the Chinese yuan continues as China’s forex regulator said Sunday that it recorded accelerated outflows in the fourth quarter of last year. Among other factors, local residents and firms are increasingly switching to US-dollar assets given the dollar’s rising strength.

The State Administration of Foreign Exchange (SAFE) also said that the country recorded a $91.2 billion deficit in the last three months of 2014, an enormous jump from the $9 billion deficit recorded in the third quarter.

However, placing upward pressure is the country’s large trade surplus and an interest rate that is comparatively higher than other currencies.

Authorities may allow for CNY weakness against the USD in the near term as recent months have seen a rapid appreciation in the yuan’s real effective exchange rate—mostly due to the depreciation of the JPY and EUR.

Other analysts, though, don’t believe the country’s decision makers are prepared for significant yuan depreciation, citing the massive capital outflows it might cause. Instead, these analysts believe the government would prefer to maintain a stable domestic capital market.

The concern with yuan outflows is that it would squeeze liquidity from the domestic market, which many believe may be the straw to break the slowing economy’s back. This would also encourage faster loosening of the country’s monetary policy, which may result in rash changes.

Certainly China has already been taking steps to loosen its monetary policy. The latest was announced last Thursday with SAFE issuing new rules to make it easier for foreign banks without full yuan business licenses to buy or sell foreign currencies against the yuan. Chinese firms typically sell their foreign currency income to banks and buy them back for importing. Banks settle their currency positions with the central bank.

Foreign banks that haven’t yet started a yuan business in China will now be permitted to open and withdraw cash from special yuan accounts to deal with their clients (for up to 20 percent of their registered or operational capital).

This, the country hopes, will boost the yuan’s international standing by making it fully convertible and plays into the central bank’s broader strategy of stepping back from frequent intervention. A gradual process, this will take time.

Of course, this would also be in step with a hinted at gradual expansion of the country’s currency band against the dollar. However, fundamentally, the medium term outlook for the renminbi is likely to remain the same, with SAFE saying that the exchange rate may remain fixed in the short term as an emergency shock absorber to deal with capital flow volatility.

In the long term, SAFE admits the rate will need to be changed to prevent imbalance and distortions in the country’s economy. The country expects its cross-border capital flows to remain volatile in 2015.

Scotiabank adjusted their USDCNY year-end target to 6.10 earlier this month.