Coffee is the world’s second-most-valuable traded commodity, behind only petroleum. 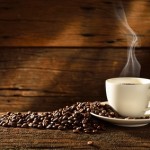 involved in producing coffee around the world. Coffee was traditionally developed as a colonial cash crop, planted by serfs or wage labourers in tropical climates on large plantations of landowners for sale in colonial countries.

Coffee producers, like most agricultural workers around the world, are kept in a cycle of poverty and debt by the current global economy designed to exploit cheap labor and keep consumer prices low. An estimated 11 million hectares of the world’s farmland are dedicated to coffee cultivation. The largest producer and exporter is Brazil, followed by Colombia, Vietnam, Indonesia and Mexico. Around the globe, the annual consumption of coffee has expanded to 12 billion pounds.

Coffee Market
Coffee prices are set according to the New York “C” Contract market. The price of coffee fluctuates wildly in this speculative economy, generally hovering around fifty cents per pound. Most coffee is traded by speculators in New York, who trade approximately 8-10 times the amount of actual coffee produced each year. The single most influential factor in world coffee prices is the weather in Brazil. Droughts and frosts portend shortages of coffee and the price increases.
Specialty coffee is often imported at a negotiated price over the C market, which is considered a “quality premium.” Most of those premiums never reach the coffee farmer, but rather stay in the hands of the exporter. This creates a disincentive for farmers to increase their quality, as they do not receive the direct benefits of increased investment in producing better coffee.

Coffee is an extremely powerful commodity, reigning as the world’s most-heavily-traded product, behind petroleum, and the largest food import of the United States. The global commodity chain for coffee involves a string of producers, middlemen, exporters, importers, roasters and retailers before reaching the consumer.
Arabica and Robusta


Coffee is a vital source of export for many of the developing countries that grow it. Some 20 million families in 50 countries now work directly in the cultivation of coffee; An estimated 11 million hectares of the world’s farmland are dedicated to coffee cultivation. Arabica and Robusta are the two principle species of coffee harvested today.

Approximately 70% of the world’s production is the Arabica bean, used for higher-grade and specialty coffees, and 80% of this bean comes from Latin America. Robusta is grown primarily in Africa and Asia.

Importers purchase green coffee from established exporters and large plantation owners in producing countries. Only those importers in the specialty-coffee segment buy directly from the small farmer cooperatives.

Importers provide a crucial service to roasters who do not have the capital resources to obtain quality green coffee from around the world. Importers bring in large container loads and hold inventory, selling gradually through numerous small orders. Since many roasters rely on this service, importers wield a great deal of influence over the types of green coffee that are sold in the US.

There are approximately 1,200 roasters in the US today. Large roasters usually have one blend of recipes and sell to large retailers – the Big Three (Kraft, which owns Maxwell House and Sanka, owned by Philip Morris; Procter & Gamble, which owns Folgers and Millstone; and Nestle) maintain over 60% of total green bean volume.

Microroasters, or those who roast up to 500 bags of coffee a year, offer the product we know as specialty coffee. Most roasters buy coffee from importers in small, frequent purchases. Roasters have the highest profit margin in the value chain, thus making them an important link in the commodity chain.

Weather plays a big role in coffee production. Prolonged periods of excessive moisture or dry weather need to be watched. These events can affect yield numbers. However, the biggest threat to coffee production is frost or a freeze. Remember, their growing seasons are the opposite of the US since they are in the southern hemisphere.

Most of the biggest moves in coffee prices happen because the trees are damaged from cold weather. Be very careful trading coffee futures if the weather forecasts are calling for extreme cold weather. Coffee can move very quickly and higher than many expect if a freeze hits the growing region of Brazil.

The demand side also plays a large role in the price of coffee. Europe is the largest consumer of coffee. We drink more per capita in Europe than the rest of the world. The US is also a large consumer. Developing countries like China and South American countries are becoming more accustomed to coffee and may account for a large increase in demand in the coming decades.

Demand typically increases at a fairly reliable level. People drink coffee in good times and bad. However, if an economy falls into a deep recession, demand for coffee and basically all commodities will likely decline.
What’s next for Coffee?
After more than doubling last year’s peak in October amid the worst drought in decades, coffee ended 2014 in a bear market after heavy rains in November. The return of dry weather sparked renewed risks of damage to flowering coffee trees, sending prices up 12 percent, the biggest gain in almost 11 months.

The crop Brazil’s farmers will harvest from May to October will reach 50 million bags, Ecom Agroindustrial Corp. said last month. That compares with a July outlook from the National Coffee Council for less than 40 million bags. Each bag weighs 60 kilograms, or 132 pounds. Prices are down 19 percent from a 32-month high of $2.255 reached in October.

Given this backdrop, it’s puzzling why coffee has struggled so much in recent months. When the market realized the scale of Brazil’s drought last year, prices jumped more than 70% in a matter of weeks. It was the top performing commodity of 2014, forcing big roasters like Starbucks (SBUX) and Dunkin Donuts (DUNK) to raise prices.

Since early December, traders have closely monitored weather reports as the Brazilian rainy season typically lasts from December through February. Early reports suggest many important Arabica districts ended January with less than 50% of typical rainfall but, unlike last year, there have been some reasonable rains. In addition, the weakening Brazilian real has encouraged farmers to unload beans, pressuring prices lower.

The potential for another poor crop combined with low existing stockpiles leaves coffee traders in a precarious position. Prices are down nearly 30% from the peak, but if Brazil doesn’t get some timely rainfall, coffee could be the best performing commodity of 2015 as well.

Share this article
Tags: traders / trading
Got a news tip? Let Us Know