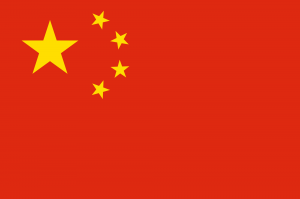 According to sources cited in the Chinese press, the country’s State Administration of Foreign Exchange (SAFE) is gearing towards allowing more financial institutions to engage in trading activities on the foreign exchange market in China. According to the reports, the regulator has already issued a draft circular which has been distributed to market participants, looking for their opinion on the matter.

The move comes after SAFE announced some close checks of business conduct of banks in April and left the door open for more FX businesses, while mentioning a regulatory framework.

EuropeFX: How to Choose the Right Trading AccountGo to article >>

Back in August, the SAFE issued a document named Guidelines on the Professional Ethics and Market Practices in the Interbank Foreign Exchange Market, which was the first step taken by the regulator to address the needs for a broadening of the framework of the forex market.

In its typically more laissez-faire approach than many Western countries towards the market, according to SAFE, the interbank foreign exchange market will be led by industry self-regulation and only assisted by government regulation.

After the Chinese foreign exchange regulator allowed the introduction of FX options and FX swaps a couple of years back, the efforts towards market reform have been progressing, albeit at a slow pace. Recently, global brokerage company BGC Partners, announced that its subsidiary, China Credit BGC Money Broking Company Ltd (CCTBGC) has been granted a State license to deal FX options in mainland China.