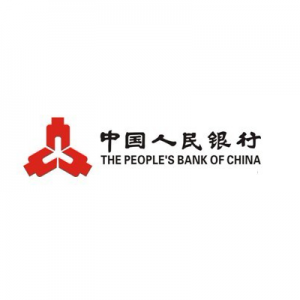 The People’s Bank of China issued an announcement on Saturday that it will be reducing the rates on both benchmarks targets by 25 basis points. The deposit rate has been cut to 5.35 percent, while the savings rate has been reduced to 2.5 percent.

The move comes as an expected response to the ongoing slowdown in the growth of the Chinese economy and just before Sunday’s release of official manufacturing and services purchasing managers indices for February.

The central bank published a financial news periodical on Friday, expressing some worries about China’s flirt with deflation. In the article, the People’s Bank of China outlined its views that monetary policy should be maintaining an abundance of liquidity by adjusting the reserve requirement ratio and the benchmark interest rates.

In addition, according to the publication, capital flows into real estate and equity markets would have to be somewhat limited through regulatory measures.

In a statement on the central bank’s website, the PBOC said, “The focus of the interest rate cut is to keep real interest rate levels suitable for fundamental trends in economic growth, prices and employment.”

The step comes as a continuation of easing efforts. The Chinese central bank cut the benchmark lending rate by 40 basis points and the deposit rate by 25 basis points in November 2014. Furthermore, in February it reduced the reserve requirement ratios for commercial banks aiming to stimulate more lending into the real economy.

While Beijing has been targeting increased investment in order to boost growth figures, the effects are likely to be muted.

This month the Chinese yuan hit its lowest level since April 2014. The currency was one of the best performers last year, due to its narrow trading range against the U.S. dollar.

Growing worries about the Chinese economy after marking its slowest pace of growth over the past 24 years last year, and an ever-increasing housing bubble prompting investors to reassess the risks of holding Chinese currency.

China reported a record trade surplus in the first month of 2015 amid a massive decline in imports, which could spell a decrease in output in the months ahead.