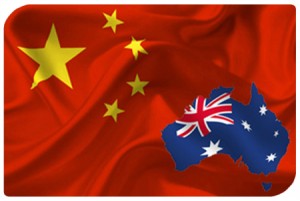 China and Australia are on the precipice of signing a free trade agreement aimed at lowering trade barriers and maximising business opportunities between two dominant forces in the Asia-Pacific (APAC) region.

According to Australian Trade Minister, Andrew Robb, “Just two sticking points” to a free trade agreement with China remain, although it is expected that a deal will be reached in time for the G20 Summit in Brisbane next week. Last-minute talks between Australian Prime Minister Tony Abbott and senior Chinese leaders, including President Xi Jinping, are continuing with the two leaders expected to attend the APEC Leader’s Summit in Beijing next week before moving over to Australia for the G20 Summit.

“There’s no reason to believe we can’t nail those before President Xi arrives and that’s certainly the intent,” Mr. Robb said in Beijing on Friday, shortly after a key meeting with his counterpart, Commerce Minister Gao Hucheng.

As reported by the ‘The Age’, an Australian national newspaper, the remaining issues to be ratified are Australian requests to guarantee protection on intellectual property and more autonomy within the Chinese agricultural sector for Australian firms.

China meanwhile, is asking for greater flexibility and scope on immigration policy. Specifically, less restrictions for temporary workers and more flexible conditions for Chinese visa applications. China has also pushed for its state-owned enterprises to be recognised as private entities when doing business in Australia. Additionally, the threshold at which company takeovers are reviewed by Australia’s Foreign Investment Review Board is expected to rise from $248 million to $1 billion – effectively, excluding a long list of future Chinese acquisitions from official review.

An issue that could put Australia at odds with its Anglo-Saxon allies is the Asian Infrastructure Investment Bank (AIIB). After intense lobbying by the United States and Japan, Australia’s involvement in the AIIB was scuppered by Australia’s National Security Committee on “strategic grounds”.

It seems that colonial history, cultural ties and a political alliance will lead Australia to support the US and Japan in their attempts to dominate infrastructure and macro-lending in the Asia-Pacific region, rather than side with China in its own initiative to do likewise. The United States has lobbied its allies against joining the bank, for fear that it would dilute the influence of the existing World Bank and Asian Development Bank (ADB), in which the US and Japan play major roles.

The Chinese-led initiative currently involves 21 nations and rivals, the US-led ADB and World Bank. After Australia has made cross-border infrastructure projects a core theme of its G20 agenda over the past 18 months, its Prime Minister, Mr. Abbott, must now stage a reversal of previous policy. Not only that, Australian and Chinese governments signed a Memorandum of Understanding (MOU) in 2012 enhancing co-operation in infrastructure construction.

As China and the US tussle over yet another geo-political signpost, Australian policy-makers will have to be at their most diplomatic over the next 10 days as the APEC, East Asia and G20 Summits converge.

China intends to use the 21-member APEC forum to endorse its plan to base a new regional anti-corruption network in China and is pushing for a regional Asia-Pacific free trade zone -a countermeasure against the US-led Trans-Pacific Partnership, whose proposed membership of 12 countries does not include China.