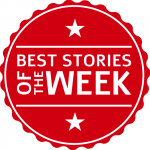 This past week, things have become clearer in the aftermath of the FX industry’s Black Thursday. While the dust has not quite settled yet, we now know more about the lengths some brokers must go to in order to cope with the disaster.

Providing the first opportunity for the industry to come together and reflect, the iFX EXPO 2015 in Hong Kong was abuzz with talk about the crisis. Forex leaders discussed candidly how they see clients’ negative balances and retold how they personally reacted in real time.

During the past week, new details emerged about how the NYSE-listed broker FXCM is planning to climb out of its current crisis. The company has revised some key terms in its loan agreement with Leucadia National, most notably increasing the annual interest rate cap from 17% to 20.5%.

At the same time, FXCM revealed that client funds held in segregated accounts totalled $1 billion, materially lower than the $1.332 billion at the end of September, so the drop represents about a 25% decline.

While forgiving 90% of clients’ negative balances, FXCM will be stricter with “institutional, high net worth, and experienced traders who generally maintain higher account balances,” requesting them to cover their negative balances, pointing to the force majeure clause in the terms and conditions which a client signs when signing up with the firm.

FXCM also announced plans for a “poison pill” anti-hostile-takeover program which will allow shareholders to purchase price-reduced shares in the event a hostile bid is made or an individual or group’s ownership of the firm’s float crosses above 10%. The plan was created to dilute a potential buyer’s stake with the issuance of additional shares. 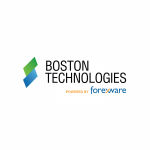 On Monday, Forex Magnates exclusively reported that Boston Technologies is dealing with financial difficulties that may endanger the company’s stability. The joint brand is comprised of two entities: FCA regulated prime brokerage Boston Prime and BT Prime, a Bermuda-licensed prime broker and institutional liquidity provider. The companies have lost around $10 million due to changes in pricing terms from one of their major liquidity providers.

That same day, Forex Magnates’ reporters confirmed with a company representative, Boston Prime and BT Prime are entering into bankruptcy proceedings. Traders were informed earlier today that their open positions will be closed and that they should await further information about their accounts with the companies.

Following its filing of insolvency, Alpari UK’s business was transferred to KPMG under the Special Administration Regime (SAR). KPMG was to supervise the case, handle returning of customer funds and act as a central point in any third-party acquisition discussion. Adding to its initial letter to clients, KPMG published a list of frequently asked questions (FAQ) and comments about Swiss franc execution.

On the heels of the earlier Q&A, KPMG has released a statement confirming that Alpari UK’s clientele will be responsible for bearing any negative balances. The verdict represents a bitter finality for clients, especially given the uncertain future facing Alpari UK.

One of the smaller Financial Conduct Authority-regulated brokers, LQD Markets, has filed for bankruptcy protection under orders from the UK financial regulatory watchdog. LQD Markets representatives could not be reached. The phone support numbers have been disconnected, while clients’ positions have been closed as the FCA mandated the firm to stop carrying on with any operations related to regulated activities.

Forex Magnates has learned that the company suffered losses of over a million dollars, as a meager clientbase forced it to rely heavily on one fund, whose owners are unknown. 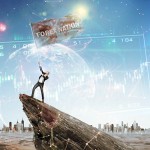 Beyond the effects on individual brokers, we have also gathered more information about how the FX industry as a whole was impacted by the bomb set off by the Swiss National Bank.

The financial regulator of the international forex hub that is Cyprus, CySEC, has revealed that 24 firms located on the island were found to have experienced a total of $47.9 million (€42.5 million) in losses.

Answering readers’ demands, two weeks after those dramatic hours for the industry, Forex Magnates offered readers an updated table with all the latest developments announced by market participants.

Share this article
Tags: Alpari / fxcm
Got a news tip? Let Us Know

does anyone know if alpari clients will be geting all of their equity back or just the 50,000 from from FSCS?