The Australian Securities and Investments Commission (ASIC) has today made further inroads into apprehending developers and vendors of FX trading software and associated training courses which are operated and marketed by unlicensed entities.

In this particular case, the ASIC  today announced that it has applied a five-year ban on Robert Lloyd Wilson from providing financial services, and has issued a warning to the public not to deal with the failed businessman.

According to the regulatory authority, the actions against Mr. Wilson follow an investigation into his misleading and deceptive conduct in the marketing of the software. ASIC had previously imposed an enforceable undertaking on Trader because Mr Wilson’s claims of up to 120% annual trading returns were misleading and deceptive.

Often, such trading systems are aimed at private individuals who are new to FX trading, and a common practice among providers of such systems and training courses often charge sizeable fees for their software and training services, do not hold a license as a financial adviser, and engage in partnerships with retail FX firms in order to generate commission as an introducing broker. 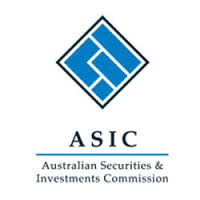 Regulatory authorities internationally have generally exempted such entities on the basis that they are not providing financial advice or acting as an FX firm, however ASIC, in congruence with its increasing direction toward stringent control of the financial sector in Australia, has shown its commitment to preventing schemes such as this which pose potential risk to customers.

Earlier this year, ASIC banned the former CEO of the Lifestyle Group from providing financial services for three years. Prior to this, ASIC had wound up Trader in April 2012, with liquidator Gavin Morton having taken steps to locate and recover company assets.

At the time of the case against Lifestyle Group, Murray John Priestley of Benowa, Queensland, had presided over the firm between April 6, 2009 and December 9, 2011, during which period he made misleading statements to a client, when he guaranteed the client that the ‘Aussie Rob Lifestyle Trader’ FX software was not based on moving averages, when in fact he did not know how the software worked, according to ASIC’s findings.

ASIC also found that Mr Priestley was personally involved in the development and marketing of a product named ‘Elite Investor’, and that he engaged in misleading or deceptive conduct relating to the marketing methods used.

Mr Wilson, who does not hold an Australian financial services (AFS) licence and is not an authorised representative of an AFS licensee, has more recently been promoting fresh currency and share trading ventures, including investment entity Connect Private Wealth and its newsletter providing trade recommendations.

“Mr Wilson’s unacceptable conduct has led to his banning from the financial services industry. The public should avoid dealing with anyone promoting investment schemes that promise excessive returns, especially if they involve “get rich quick” computer trading systems,” stated ASIC Deputy Chairman, Peter Kell in a public statement.

Mr Wilson’s promotion of a trading program called ‘Aussie Rob’s Lifestyle Trader’ at seminars and online, included red and green lines which were to show ‘when to get in and when to get out’ of trades involving commodities, stocks, foreign exchange and exchange traded funds.

It was claimed the lines were generated by an algorithm (a computer trading strategy) that tracked buyers and sellers in the market, and they were not based on moving averages, creating the impression of unrivaled software.

ASIC found the lines were generated by an algorithm based on moving averages of closing prices.

ASIC also found Mr Wilson, as a director of LIS, had knowingly made a false statement in a document lodged with ASIC, when as part of an application for the voluntary deregistration of LIS, he said the company had no outstanding liabilities. In fact, the company owed more than $10,000 to a customer following a ruling made by the Financial Ombudsman Service (FOS) ruling, and there were 21 unresolved disputes lodged with FOS claiming total compensation of more than $191,000.

No criminal charges? Only the fines and the ban?

Could persons affected go after them civilly?