As the latest analysis by Finance Magnates’ Intelligence Department of data from CPattern shows, we are seeing the first significant decline following an almost year-long growth of the average size of deposits being sent to trading accounts by retail traders. The average value for the top 10 countries decreased to $2,452 in March 2018 from a record $3,763 registered in February 2018. Also, the average withdrawal size fell from $3,097 to $2,959. 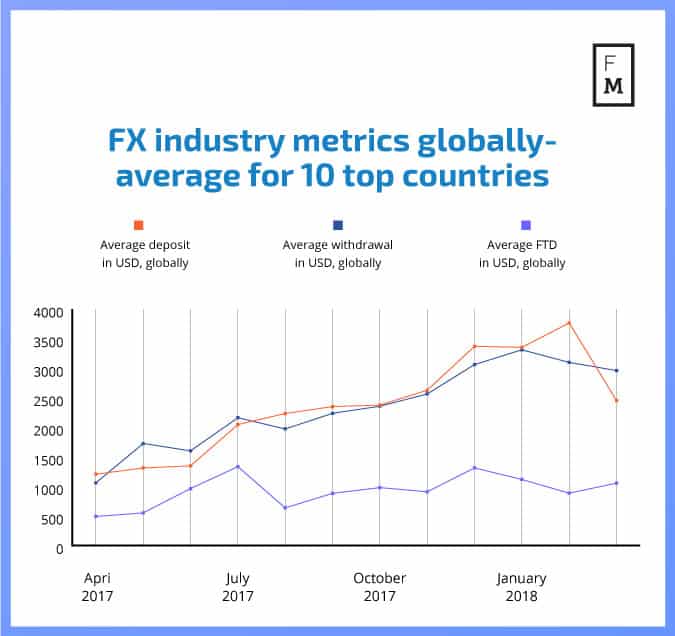 When it comes to the average deposits being sent to trading accounts, the UK topped the ranks with a result of $4,670. Surprisingly, second place was held by Brazil, where on average retail traders were depositing $2,996. Considering the many restrictions on leverage FX trading, these results are surprisingly good. The third position belonged to Ukraine with $2,605, which also was a somewhat unexpected result. 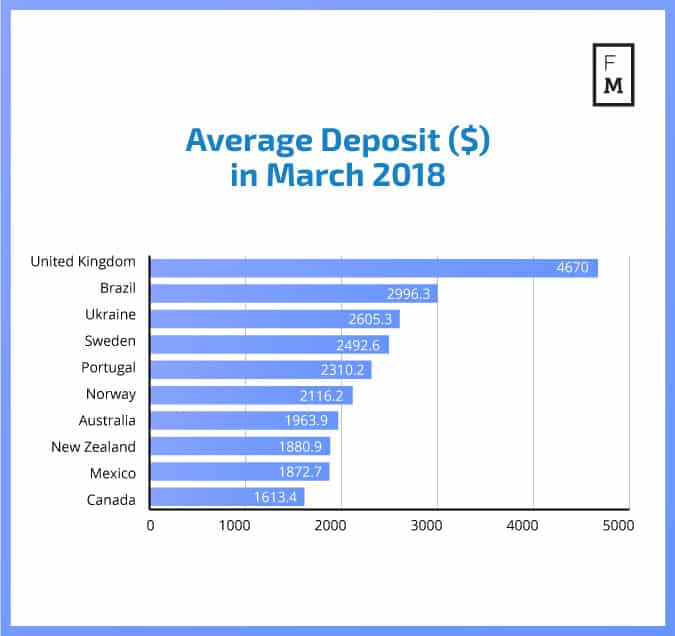 The UK was leading the ranks also in the area of the largest withdrawals per single trader. In March 2018, UK traders were taking $4,895 on average from their accounts per single withdrawal. Second place was occupied by Switzerland with an average withdrawal size of $4,201, followed by Australia with $3,728.4. 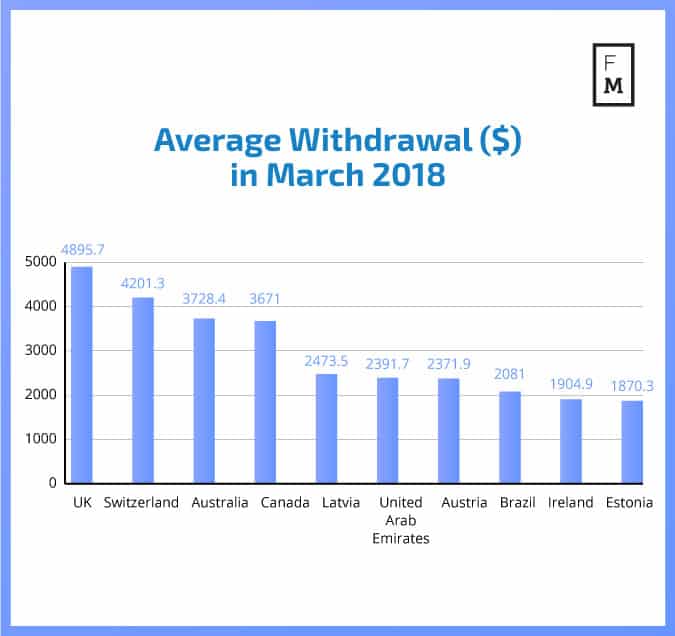 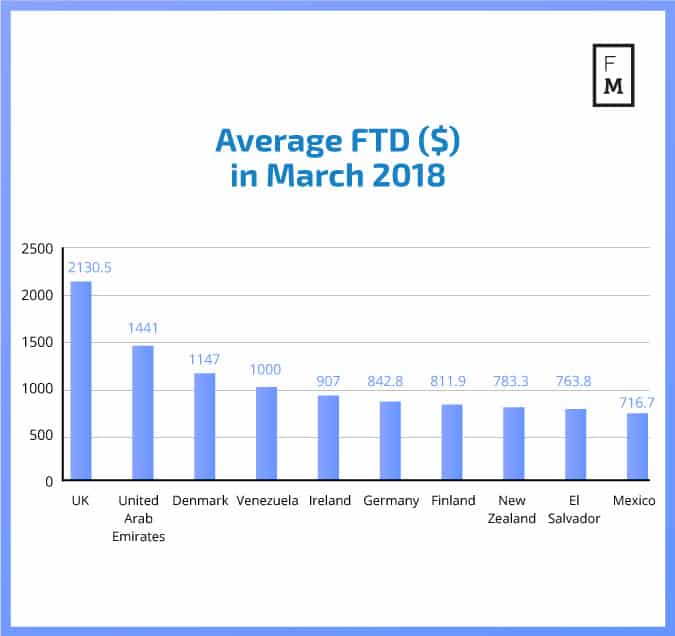