Last month showed growing activity of FX/CFD traders. However, this trend was seen mostly in East Asia, with China and Malaysia leading the ranks. This time, however, most active traders were found in Turkey with 131,2 transactions on average per trader, with China shortly behind. 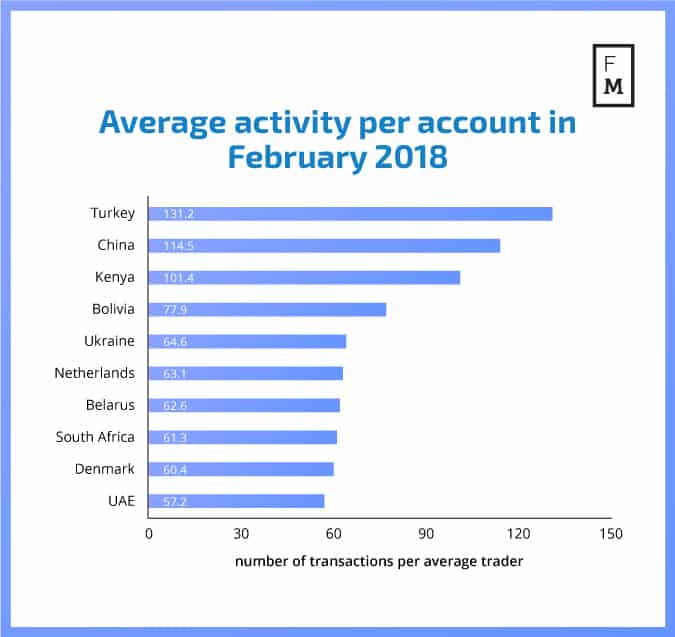 The trend is a noticeable improvement from January when Turkey held the 3rd position in the activity rankings. Does this mean that troubles are already behind Turkey? Last year was not very kind to the local FX industry, which suffered losses due to regulatory restrictions on leverage available to traders. 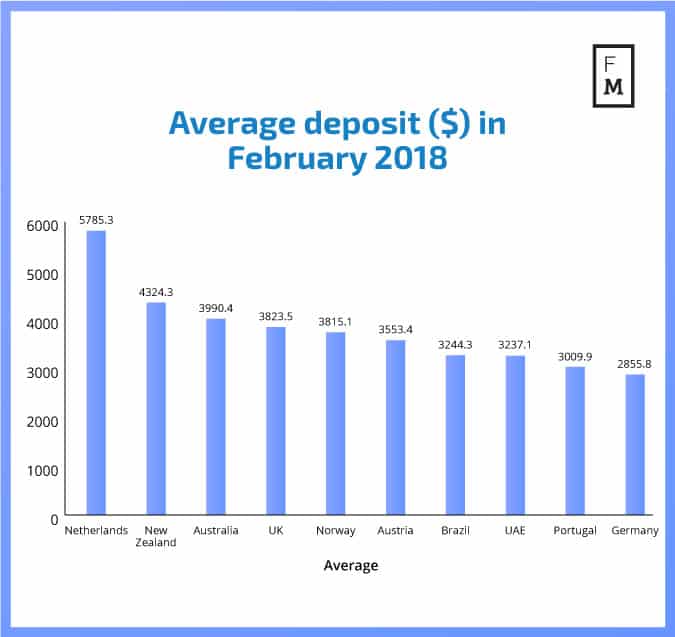 As the latest analysis by Finance Magnates’ Intelligence Department of data from CPattern shows, so far there is no indication of a growing inflow of funds into accounts of brokers residing in Turkey. In terms of average deposits size, it was the Netherlands that led the ranks with average deposits of $5,785.3 being sent to accounts. Shortly behind are two former leaders: New Zealand and Australia, with $4,324.3 and $3,990.4, respectively. 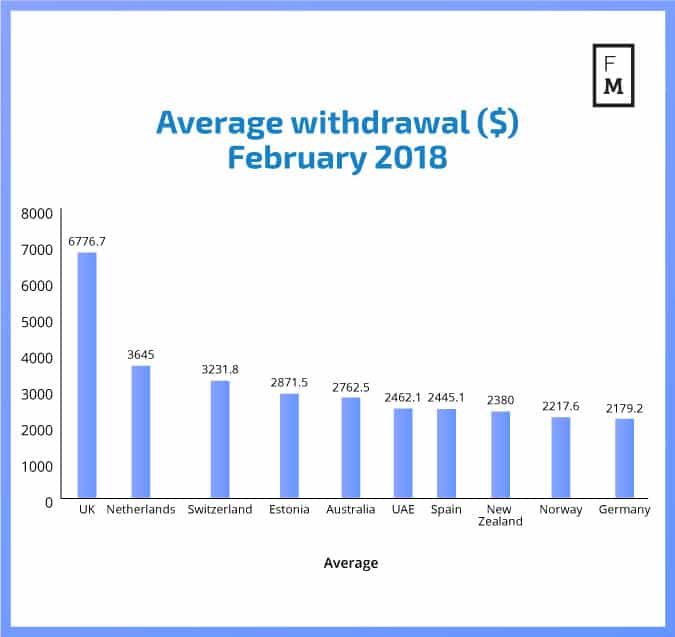 In terms of average withdrawal size, it was the UK leading the ranks again. This time we saw even bigger numbers with the average withdrawal growing to $6,776.7 from $5,003.7 in January. Are we seeing cryptocurrency traders moving their older profits away from UK CFD brokers offering crypto-trading, or is there another explanation for this trend? Second in the rankings was the Netherlands with an average withdrawal of $3,645.0. 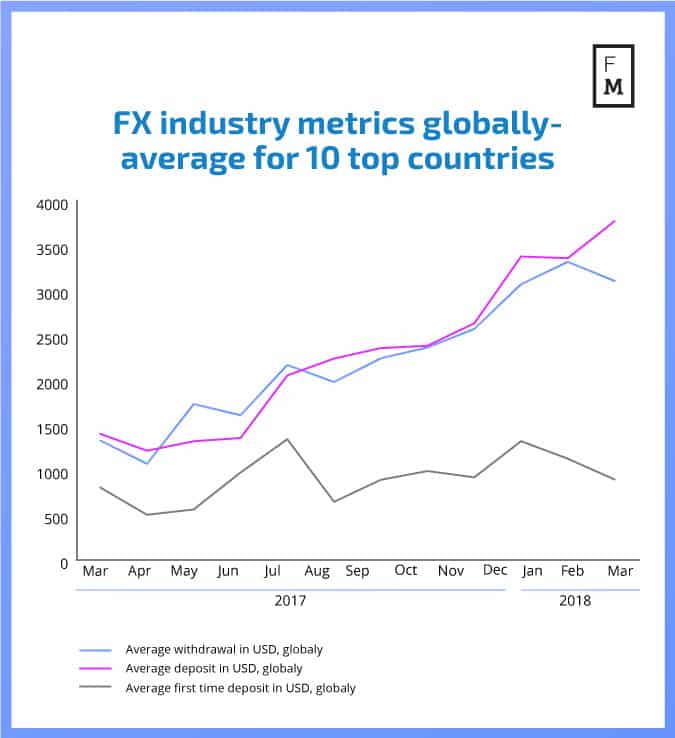