The last month of summer did not bring the awaited growth in the size of FX deposits. Retail traders across the globe sent less money to their accounts than in July or June, only surpassing May, as data from CPattern revealed by Finance Magnates Intelligence shows. 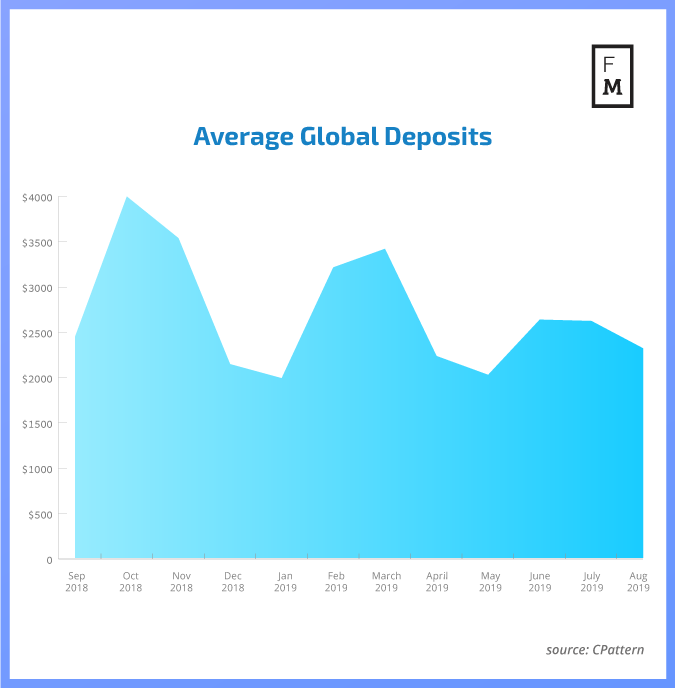 Another interesting fact from August 2019 is the growing activity of retail traders, meaning the average number of transactions made by a single trader. This metric has been growing for some time already, but this time it broke to a new annual record. 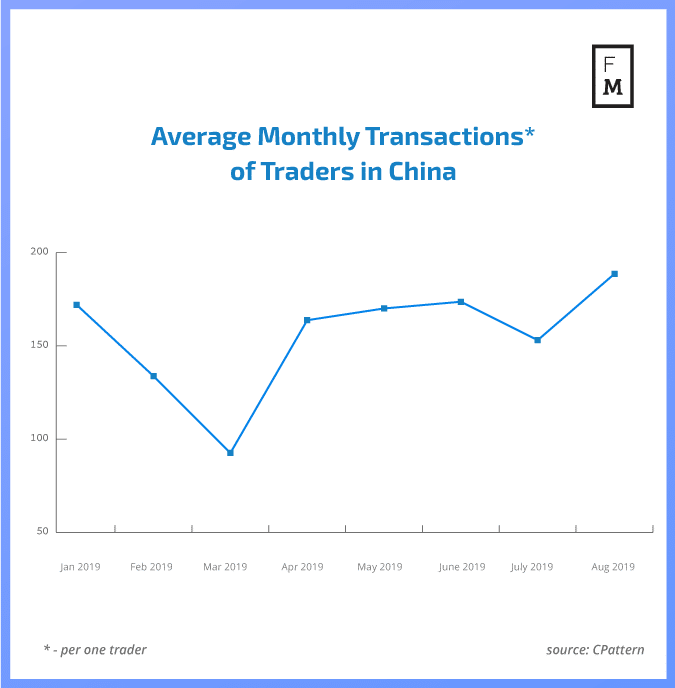 With the average monthly number of FX transactions at 188.7, China took the first position in our activity ranking. The previous best record belonged to Hong Kong traders and stood at 184.1 transactions per month. In general, Asian FX traders seem to be the most active ones globally, despite some of the difficulties they face.

In May of this year, Finance Magnates exclusively reported that Chinese authorities had been engaged in an effort to crackdown on the local brokerage industry. Wholly Foreign-Owned Enterprises, or WFOEs, were the focus of an effort led by the Chinese State Administration of Foreign Exchange (SAFE).