Africa is a diverse continent, made up of 54 countries and some 41 currencies, so it is no surprise that its foreign exchange (forex) industry is equally as diverse and at different stages of development, varying from country to country.

In the latest article of our country overview series, we will take a look at the FX sector in Africa – which countries are leading the continent in terms of market sophistication, what are the most popular assets and most interestingly – what is the future for the FX sector on the continent?

One of the biggest challenges in Africa is the fact that it has so many different currencies, with many being characterized by their illiquid and rarely traded status on the global financial market, as well as their volatility.

This poses a real obstacle for those who want to do business in Africa, and according to the World Bank, currency concerns are one of the biggest barriers to the development of the African continent.

However, forex online trading platforms are helping bridge the gap for local African currencies. This is because modern trading technologies provide greater liquidity for currencies at more competitive prices.

David Bee, the Head of Global Markets at Crown Agents Bank and a member of the World Bank’s Executive Committee wrote in August of 2018: “In turn, innovative compliance solutions, new FX trading technology, and sector expertise can begin to offset the disadvantages of an illiquid currency market and — ultimately — help to ensure quick and efficient access to local funds across the African continent.”

In Africa, the top two economies are Nigeria and South Africa. They also are home to the two largest FX markets on the continent. In addition, they also have the most established and oldest sectors in Africa.

Out of the two, South Africa is the most popular destination for brokers. This is for a number of reasons – its liberal political views, its geographic location, and its relationships with large economies.

The FSCA is an independent component of the South African government that acts as the country’s regulator for all non-banking financial firms. The watchdog helps FX brokers establish themselves in the country as well as to gain the trust of high profile investors.

The FSCA has relatively lower regulatory requirements than the European Securities and Markets Authority (ESMA) and the Financial Conduct Authority (FCA) in the United Kingdom, which can translate to lower operational costs and therefore higher revenue – an attractive feature for any broker.

Speaking to Finance Magnates, Christoforos Panayiotou, the Africa Regional Manager at Tickmill Ltd said: “Africa region is maybe at the moment the most potential area for FX brokers to seek for more clients not only for low average trading capital but also for big investors and high profile traders.

“I can say that [the] FX industry is becoming one of the most popular industries in the financial sector of Africa region. In South Africa for example, the Bank for International Settlements showed that the retail FX had a volume of $14 billion exchanged in 2013 and $21 billion in 2016, with figures to be expected higher in the next couple of years.” 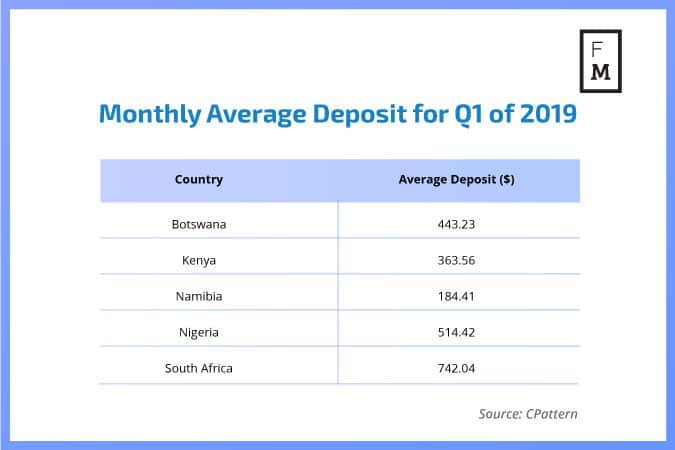 As many of our readers are aware, last year ESMA implemented product intervention measures which imposed leverage restrictions on contracts-for-difference (CFDs), FX instruments, cryptocurrencies, and more.

This has led to more brokers, as well as retail clients, looking outside of Europe for geographies with more relaxed regulations so they can offer products with higher leverage.

As Finance Magnates reported, Vanuatu and other offshore locations have benefitted from this movement. However, so has Africa. The growing economies of Africa and less restrictive laws have led to the continent being a tempting destination for brokers.

“With the implementation of ESMA’s new measures, more brokers are looking to move and develop business in regions that are not affected by those measures.

“Africa Region and especially South Africa is a very tempting destination for those brokers. Africa region is a very potential market due to various reasons such as population, interest to trade forex and financial freedom through forex trading, as it is called by local people,” added Panayiotou.

In terms of FX trading, African traders are no different from those of other geographies. In general, traders in Africa flock to the major currencies, with the most popular currency pair to trade being none other than the EUR/USD. Stocks, West Texas Intermediate (WTI) and metals are also popular in the region

Although South Africa and Nigeria dominate the region in terms of market dominance, other countries are starting to show an increase in trading demand such as Kenya, Ghana, and Tanzania.

Although Panayiotou believes that South Africa’s and Nigeria’s FX markets still have the most potential out of all the countries in Africa, he also believes that Namibia, Botswana, Lesotho, Uganda, Cameroon, Rwanda, and Zimbabwe are also showing a lot of promise as they are now showing an increased interest in the FX industry.

“Africa’s biggest strength in terms of FX industry is the population and the desire and interest for forex trading, especially among young people. Main countries have an average population of 55 million people (SA 60 million, Kenya 52 million, Tanzania 57 million) along with Nigeria with almost a population of 190 million people, make the market enormous,” he outlined.

Although the African region does show a lot of promise, it does have some major weaknesses. One of the main thorns in the region’s side is the lack of regulators. Only South Africa has a relatively effective body, which, as highlighted by Panayiotou, is not as effective as the UK’s FCA.

Kenya is another country which is trying to monitor the sector under the Capital Markets Authority (CMA) controlled by the Central Bank. However, the overall absence of strong regulatory bodies in the FX industry has led to an increase in scams, lower trading education, and a lack of awareness of trading risk.

However, there is still hope for the FX industry in Africa, as demand for FX trading is increasing – and not just from South Africa and Nigeria, but from other smaller countries. This is because more people are seeing FX trading as a way to achieve financial freedom. 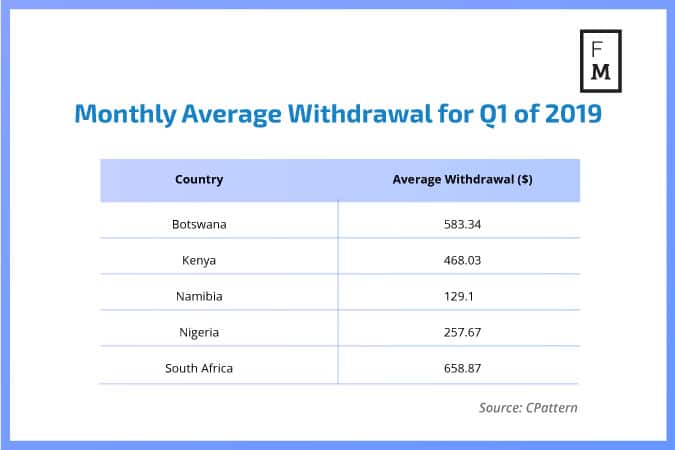 Not only that, but more and more brokers are taking it upon themselves to offer free forex educational materials through webinars and seminars to increase the knowledge of their customers.

Brokers are also spending an increasing amount on marketing to increase brand awareness and, as a result, the awareness of the FX industry in general. This, coupled with the internet which is allowing more and more people to trade forex, is leading to further public acceptance and interest in the sector.

“Finally but very important also, is the fact that many brokers are moving towards Africa market due to the new ESMA’s regulations. Having more brokers targeting Africa market, will result in more aggressive marketing campaigns which will make FX even more known and popular among African people,” Panayiotou concluded.