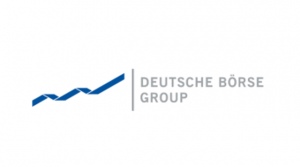 The African Stock Exchange (AFSX), the first pan-African stock exchange, has announced it will partner with Deutsche Borse to tap expertise, technology and support services when the trading venue officially launches next year.

The AFSX hopes to utilise Deutcshe Borse infrastructure in order to improve the African financial services industry as a whole. Partnering with an established trading venue and becoming the first exchange to offer securities trading across whole continent, the AFSX wants to revolutionise securities investment in Africa.

In particular, the AFSX will utilise Xetra – Deutsche Borse’s flagship trading platform. Xetra’s users are promised direct access to the African financial markets while market participants in Africa are being promised technical access to a large pan-European trader network.

Commenting on the partnership, Dhaneshwar Damry, AFSX Chairman said: “A truly pan-African stock exchange is vital to develop local entrepreneurship and innovation that will spur job creation and accelerate the development of the African continent”. He added, “The teams at AFSX aspire to contribute to Africa’s rise by establishing the financial gateway to Africa that will in turn strengthen the continent’s domestic exchanges through increased liquidity”.

On the other side of the deal, Hauke Stars, responsible for Information Technology and Market Data + Services at Deutsche Börse, said: “The trading system stands out due to its low latency. This high-level technology used by Deutsche Börse at its own trading venues – Xetra and the Frankfurt Stock Exchange – makes the markets more transparent and secure.”

At the current time, Deutsche Borse systems are being used in multiple trading venues across Europe. The Vienna Stock Exchange introduced Xetra in 1999 and the Irish Stock Exchange in the year 2000. The Bulgarian Stock Exchange followed in 2008, the Ljubljana Stock Exchange in Slovenia in 2010, Malta and Prague in 2012, and the Cayman Islands and Budapest in 2013. The Eurex subsidiary Eurex Bonds also uses the Xetra technology.

Furthermore, last week’s visit to Berlin by the Chinese Premier  Li Keqiang, has roused speculation that Chinese officials are busy doing deals with European businesses. According to a Reuters article, Deutsche Borse is close to announcing a partnership with the Shanghai Stock Exchange (SSE) and China Financial Futures Exchange (CFFEX).

Li’s visit to Germany was part of a week-long trip to Europe that included a summit of European and Asian leaders in Milan and the signing of energy and high-speed rail deals with Russia.