The Citi Innovation Lab Tel Aviv, a fintech development center opened by New York-based banking group Citibank seven years ago, helps promising startups get started in the market. Finance Magnates visited the offices of the accelerator and spoke to its head, Tsafrir Attar.

The roots of the center began eight years ago, according to Attar, when Vikram Pandit, former CEO of Citigroup, predicted that fintech was going to change the world. Around that time, several key figures in the corporation recognized that Israel was a key location for an Innovation Lab and an Accelerator.

Citibank was actually the first foreign bank to receive a banking license in Israel (in July 2000) and now employs more than 300 people in that country.

Attar explained that each Accelerator program runs for four months. Ten startups are selected in each round – they receive office services free of charge, and mentorship from selected people in the Citigroup organization.

80 companies have completed the program so far, and in total, they have attracted more than $550 million in investment.

Attar told us that the spectrum of areas worked on at the center is very wide – they include cybersecurity, fraud detection, AML, KYC, capital markets, FX, payments, trading, AI, data analytics, infrastructure, and regulation.

Attar himself has worked in high-tech for 22 years. Before coming to the Citi Innovation Lab accelerator, he worked as VP Development of Citi for three years. 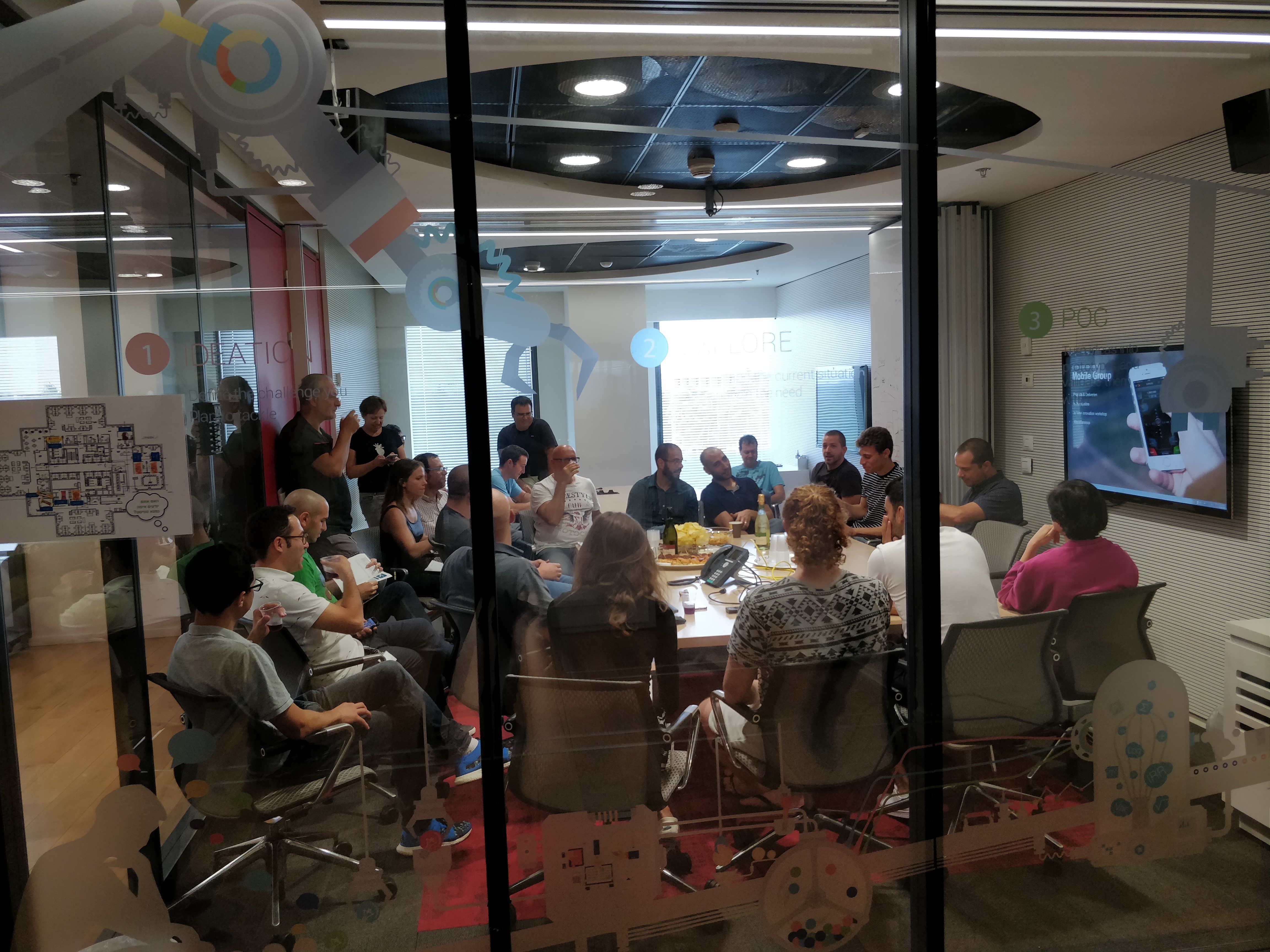 What are the advantages of having a development center in Israel?

In Israel, there is a lot of talent. I am an entrepreneur myself, and if there is something that inspires me, it is seeing the wealth of creativity here in Israel. This country is strong in the field of AI; it was always very strong in the world of mobile, and in cybersecurity today. There is a reason that people come here from around the world to see what things are being developed.

Is it possible that different development labs would develop a similar product?

No, this doesn’t happen. There are specific projects, such as, for example, relating to Transaction and Trade Services, which has to do with payments in the corporate arena, which will be developed in Dublin. But if it is something to do with AI for capital markets, it will be in Israel.

Can you give us an example of a system in development?

The mobile application for Citibank Private Bank clients. After the global success of the Velocity Mobile platform, Citi’s research and trading platform for institutional clients, the organization understood that there is a strong opportunity here. The application has all of the functions that private bank clients require.

Which assets does the application handle? Assets, commodities?

Almost all. Regarding trading, we have FX, futures, things that are more comfortable to operate with a phone. We have also applied identity verification tricks to prevent a situation where a child might play with a customer’s phone and accidentally make a huge deal!

Are there any blockchain developments in the works?

The first time I learned about blockchain, it was like the first time that I was shown the internet. It is really revolutionary.

However, while it is OK to be distributed, in the end, you need to be backed up by the law. For example, a central bank writes laws in order to protect its currency. One of these mechanisms is interest rates, which it uses to control the value of its currency. But the end goal is to protect citizens and validate the currency.

The bank is looking at blockchain. For example, in the world of trading, blockchain really lends itself to supply chains and imports/exports. In terms of finance, smart contracts could be used to manage assets. Of course, it will eventually become something that will replace or improve existing systems.

In terms of cryptocurrency, the bank is distancing itself, being quite conservative in this sense. In the future, this might change, when cryptocurrency becomes more institutionalized.

As for the bank’s general approach towards blockchain and cryptocurrency, Citi spokesman added: “While there are still many challenges around cryptocurrencies (KYC, AML, uncertain regulation)- but the underlying technology – Blockchain could be a key growth driver for banks and their clients. Citi is an active investor in the space and we are also working on several blockchain-related applications- mostly within our Markets and TTS business.

What do you think that fintech will be in five years?

I think that AI is going to change the world and not just the fintech arena.

One example is the ability to detect fraud in a system. Today there are systems which are adequate, but there is always a chase between people trying different types of hack/fraud, and the existing systems – like a game of cat and mouse. But if you have a system that learns, that can identify normal behaviour. Eventually, it will become impossible. At the end of the day, it’s all about data. As soon as there is something which doesn’t fit with the statistics, the system will react.