Brokers were the talk of the industry this week as FXCM and Interactive Brokers each reported waning volumes – meanwhile, tradable made some key hires, while Alpari lost Mushegh Tovmasyan.

Travis Dahm, co-founder and managing partner of CurrentDesk spoke what are the survivability rates of new brokerages, the tough current market and regulatory environment and the ways to optimize a brokerage business in it. Read More Here

Mushegh Tovmasyan has left his role as Director of Alpari to become CEO of Divisa Capital Group LLC and reaffirm his presence with the firm in a bid to initiative a series of new initiatives across the B2B and prime of prime realm. Read More Here 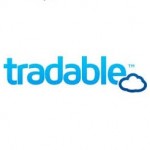 Tradable, the world’s first apps-based trading platform for electronic trading in financial markets, has reported a number of developments including a new hire at its executive level. Read More Here

James Watson, the Head of FX Transactions for Europe, the Middle East, and Africa (EMEA), has parted ways with Thomson Reuters and FXall and is reportedly en route to another unnamed firm. Read More Here 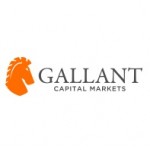 Gallant Capital Markets, the British Virgin Islands (BVI) based FX broker, has announced to Forex Magnates that it has agreed to merge with WSM Invest Ltd., a global financial services firm affiliate with multiple licenses to operate in Europe and Asia. Read More Here

Monthly volume figures at FXCM have just been released in a company statement, revealing yet another divergence in the figures between institutional and retail client. Read More Here