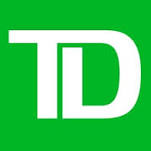 TD Ameritrade (NYSE:AMTD) has appointed veteran Steve Boyle as its newest Chief Financial Officer (CFO), succeeding Bill Gerber at the bank, who is posed to retire officially later this year, according to a TD Ameritrade statement.

Mr. Boyle has been a mainstay at TD Bank, formerly Banknorth, for over a decade, having been its CFO for over eleven years. Prior to joining Banknorth in 2003, Mr. Boyle held a variety of senior level roles at Fleet Financial Group and Arthur Andersen.

He will not be formerly joining the company until July, while Mr. Gerber will officially be relinquishing his role and retiring on October 1, 2015, having served as CFO since 2006. The announcement was originally made back in January that Mr. Gerber would be retiring.

According to TD Ameritrade President and CEO Fred Tomczyk in a statement on the appointment, “With a career spanning nearly 30 years, Steve Boyle’s thorough understanding of financial management and leadership of financial institutions will be an asset to us. We are pleased to welcome him to TD Ameritrade.”