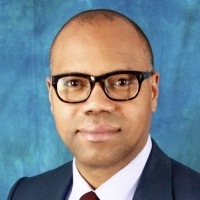 Rodney Reid, the former EMEA Head of Secondary Advisory for UBS AG, has parted ways with the Swiss banking group and taken up a new role at boutique investment bank, Evercore Partners Inc.

UBS has recently also lost its UK Chief Executive, Mark Yollup, though it has made a series of hires across its Debt Capital Markets (DCM) and Algo Trading Division – however, Mr. Reid’s departure now creates an additional void at UBS.

In his new role at Evercore Partners Inc, Mr. Reid will serve as its newest Managing Director in its Private Capital Advisory business. Having worked previously at the institutional level, he will now culture a focus on investors from this realm, and is slated to begin employment there in November. While Mr. Reid has worked previously in the UK, his new position at Evercore will necessitate a relocation to New York City.

Prior to joining Evercore, Mr. Reid was the Head of Europe, Middle East and Africa Secondary Advisory for over eight years. Before joining UBS in 2006, he also worked as the Associate Vice President at Cererbus Capital Management in New York.