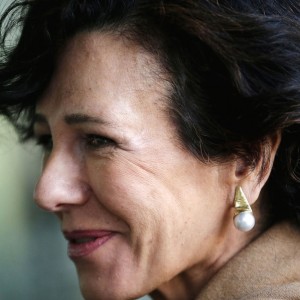 Ana Patricia Botin has ascended to the role of Chairman of Banco Santander, just one day after the death of her father, Emilio Botin, in essence becoming the most powerful woman in European Banking.

Banco Santander is the largest bank in Europe by market value, with branches all over the world. Mrs. Botin joined Santander in 1988, where she led a number of key acquisitions in Latin America as well as managing the Banesto Spanish retail unit. She eventually rose to the role of CEO at Santander’s UK base of operations in 2010, an integral component in Santander’s performance in light of the financial crisis.

Mrs. Botin is the eldest of six children, having worked at Santander for over 26 years. In taking over the bank, she assumes over $1.6 trillion in assets with lenders in every corner of the globe. The Botin family has helped run Santander since 1985, one of the oldest dynasties in the financial world.