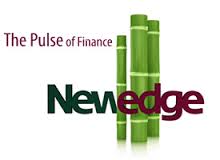 Leading multi-asset execution provider, Newedge, has announced that Francois Combes and Franck Borgel have been selected as joint Heads of the firm’s currency and commodity business. The role was previously headed by John Fay who was Global Head for five years.

The move comes after Newedge announced that shareholder, Credit Agricole will enter into a swap agreement with French banking giant, Societe Generale Corporate & Investment Banking (SG CIB) to take a stake in the firm. Francois Combes joins Newedge from SG CIB and brings with him more than 30 years of commodities experience and expertise. Most recently, he was Deputy Head of Commodities and Head of Metals and Agriculture at SG CIB, before which he was Head of Commodities Trading from 2007 to 2011.

Francois’ fellow chief Franck Borgel has been internally promoted at Newedge, and has been at the brokerage for over 14 years, and served as the C&C COO over the last three years.

“Newedge’s Commodities & Currencies franchise is recognized as one of the best in the market. Francois’ and Franck’s wealth of experience and market expertise will further complement our strong client offering and help take it to the next level,” said David Escoffier, CEO at Newedge, in the official press release.

Francois Combes will be based in London and will be responsible for leading Newedge’s global Commodities business.

Franck Borgel will be based in New York and oversee Newedge’s global Currencies business whilst retaining his responsibilities as Chief Operating Officer (COO) for C&C.