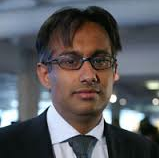 Mansoor Mohi-uddin, the Chief Currency Strategist and current Managing Director at UBS AG, has left the Swiss banking giant as part of an initiative to trim costs and help streamline overall operations.

UBS AG has been in the spotlight for much of 2014, following lengthy allegations of currency fixing allegations and a generous dose of regulatory attention from a global probe. As recently as this March, UBS suspended Forex traders amid a deepening scandal – Mr. Mohi-uddin however, has left UBS for unrelated reasons.

Mr. Mohi-uddin joined Swiss Bank Corp (SBC) back in 1998, where he previously served as an Emerging-Markets Strategist – the entity eventually merged with Union Bank of Switzerland (UBS) where he eventually ascended to the position of Managing Director.