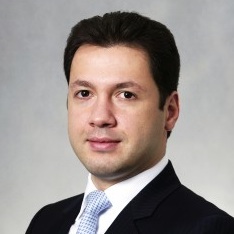 Earlier in the month, Bitfury, one of the world’s largest manufacturers and designers of ASIC bitcoin chips, raised eyebrows when it was announced that the firm had sourced $20 million in funding, at a valuation of $250 million. More surprising was its list of investors, which included the Georgian Co-Investment Fund (GCF), a Georgia dedicated private equity fund. While angel investors and venture funds have been rapidly surrounding the digital currency space due to its potential growth, by nature, private equity firms with their focus on existing and expected cash flows, are viewed as less of a match to pour their funds into the sector. To learn more about the deal, Digital Currency Magnates spoke to GCF CEO, George Bachiashvili, to hear why his firm invested in Bitfury, his views on the potential of bitcoins, and the local Georgian bitcoin economy. The original interview can be read in full on Digital Currency Magnates here.

Beginning our conversation, Bachiashvili was quick to clarify that GCF isn’t a venture fund but a private equity shop. As such, investing $10 million in Bitfury for a potential 4% equity conversion in the future comes down to their belief in the chip producer’s revenue prospects. According to Bachiashvili, his view is that in this stage of bitcoin industry, “most profits are in mining and selling chips”. Falling into the sweet spot of the mining economy, GCF expects Bitfury to be on pace to hit $200 million in revenues due to mining and sales of server space and chips. Along with the deal, Bitfury also announced that it is constructing in Georgia, what is expected to be the largest bitcoin data center providing for long-term revenue potentials.

In terms of other investments in bitcoins, Bachiashvili explained to us that as they aren’t a VC, the firm wasn’t planning on allocating a percentage of their funds to digital currencies, with investments similar to those of other sectors and case by case. However, he did state that with the Bitfury deal, the GCF has begun to do more due diligence in the sector.