After bringing to the bitcoin marketplace million dollar apartments and sports cars, luxury bitcoin retailer, BitPremier is offering what is most likely the first airplane available for purchase with the digital currency. For just below 5500 BTC ($625,000), a 2011 Cirrus SR22 Turbo can be yours. 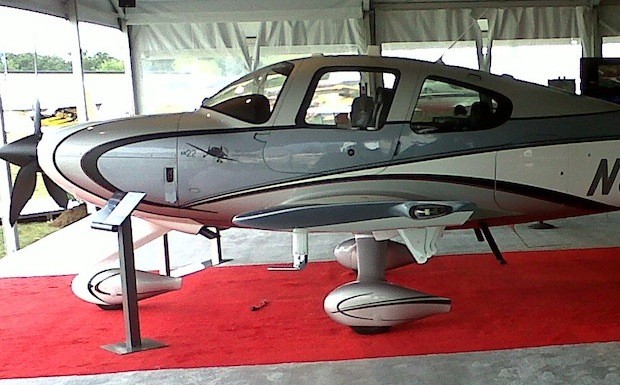 Backed by the Bitcoin Opportunity Fund, who also holds investments in CoinLab and Coinsetter, BitPremier is a recently launched bitcoin startup focusing on bringing luxury goods to the bitcoin owners. Items for sell are offered by verified sellers, with BitPremier acting as the broker for the transaction.

While the idea of selling luxury goods for bitcoins may sound strange and limited to a small audience, it’s worth noting that there are a group of early adopters who have seen themselves become millionaires as their holdings have shot up in value. As such, while definitely out of reach of the average bitcoin user, and virtually all non-bitcoin holders, there is an audience for these luxury goods.

In other news of continued investment coming into the space, bitcoin merchant payment provider, BitPay, announced that it has raised an additional $2 million in seed funding. The news is a another sign of strength for the Bitcoin Oppurtunity Fund which was an early investor in BitPay and is seeing the value of its portfolio with follow on rounds taking place.

Beyond the size of investment, the funding was significant as it was led by Founders Fund, which includes several people that know a thing or two about online payments, as the venture firm includes former PayPal employees, including Co-Founder Peter Thiel. The investment is notable as despite the influence of experience from PayPal, Founders Fund’s portfolio has very little exposure to startups in the payments industry. However, the fund does focus on areas that they believe are where technology is moving in the future, such as their investments in Space X, Spotify, Facebook and Yammer. As such, the seed investment in BitPay appears to be their backing of bitcoin and its P2P technology.