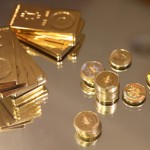 Looking to buy or sell bitcoins, but don’t want to deal with online exchanges, the answer is Satoshi Square. Initially begun in May in New York as a gathering of bitcoin enthusiasts wanted to create a live, auction format for bitcoins, that resembled old-style exchanges, has become a global event with meet ups around the world. The initial New York gathering came together under the name Buttonwood, which refers to the place of origin of the original agreement in 1792 of what became the New York Stock Exchange. The brainchild of Josh Rossi, the Buttonwood Project aimed to follow the steps of the NYSE and how it went from becoming an informal place of market exchange, to a formal marketplace. The New York gathering was held and continues to take place in Union Square, which was quickly dubbed ‘Satoshi Square’.

Fast forward to the present. In a short few months, the blueprints of New York’s Buttonwood have spawned copy-cat events around the world. While the venues change, they all incorporate a live auction style market for buying and selling bitcoins, with an organizer taking bids and offers and matching trades. When trades get matched, physical cash is transferred and bitcoins are digitally transferred, usually by phone to phone exchanges.

In the US, Satoshi Square event exist in cities such as Los Angeles, San Francisco, Miami, Phoenix and New York. Around the world, there are also gatherings in major cities like Toronto, London, Helsinki and Berlin, with events arriving soon in Tel Aviv and Bratislava.

For newcomers to bitcoins, Satoshi Square events provide an efficient way to buy the digital currency without dealing with transferring funds to what are often foreign banks and companies. The gatherings also provide a live forum for education and swapping of related news events for users.

As the events gather steam, it has created an interesting dynamic for bitcoins. On one hand, bitcoins were created as an efficient currency for the online world, and cater to anonymity. On the other hand, their adoption and importance rests on the expansion of their use. While early adopters may feel comfortable with a digital currency, there is a trust factor that needs to be established for the rest of the world. Therefore, as much as bitcoins are an online product, they are quickly becoming intertwined with the physical world. Local Satoshi Square events are able to provide even a deeper forge between the digital and physical world as buyers and sellers meet each other in person.

The mark of physical auctions can also be considered an offshoot of the 2008/9 financial crisis. While much of the world lost trust in the financial system, it has forced professionals in the field to focus on creating deeper relationships with their clients and firms becoming more transparent. In a similar way, local bitcoin events are able to fill the gap between the offline and online world and bring a personal touch to the future of bitcoins.