Monero (XMR), a privacy-focused cryptocurrency, has broken into the top four blockchain assets by total market value. After rising by over 56% in the last seven days, the XMR/USD exchange rate now stands at $16.60 per Monero.

The cryptocurrency has been advancing for months now, and first broke into the top five blockchain assets by total market value in August 2016. As we reported at the time, the XMR rally started after a couple of darknet websites announced support for Monero, most notably among those – Alphabay Market – a clandestine shop operating on the Tor network best known for acquiring illegal drugs, stolen Uber accounts and similar products. 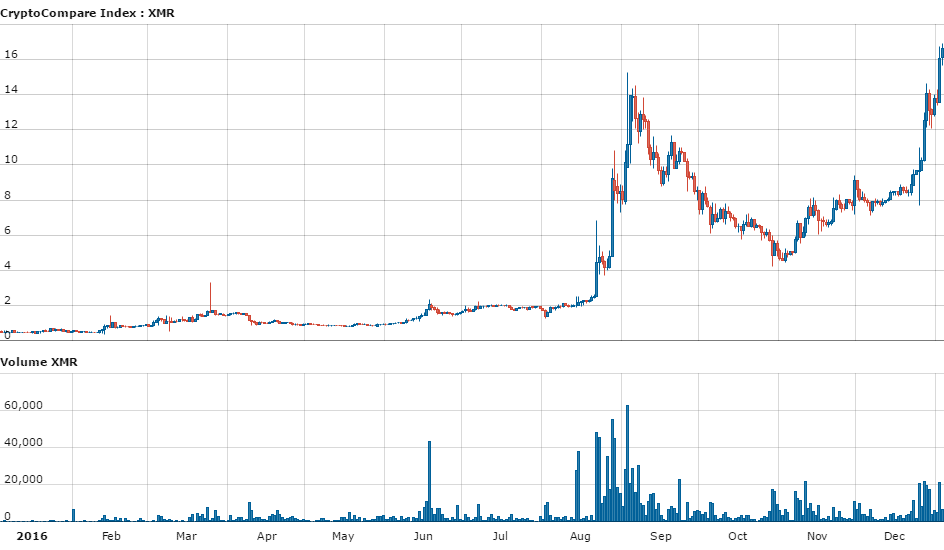 Taking note of this rally, Kraken – one of the largest bitcoin exchanges in the world – announced on Monday that it is adding support Monero trading to the selected number of cryptocurrencies that it offers. The firm wrote to clients: “Monero is one of the leading cryptocurrencies that has seen huge 40x market cap growth in 2016 and trades with high volume and liquidity. Monero is built on the core principles of privacy, decentralization, open development, scaleability, and fungibility.”

Back in December Kraken has acquired bitcoin wallet funding service Glidera for an undisclosed sum. Under the new ownership Glidera is adding support for some of the other cryptocurrencies that Kraken offers for exchange, such as Ethereum and Zcash.

Share this article
Tags: Kraken / litecoin
Got a news tip? Let Us Know