DOGE had been showing a bullish trend for the past week and a half, stubbornly holding onto earlier gains in a fashion typical for assets still in bull-mode. 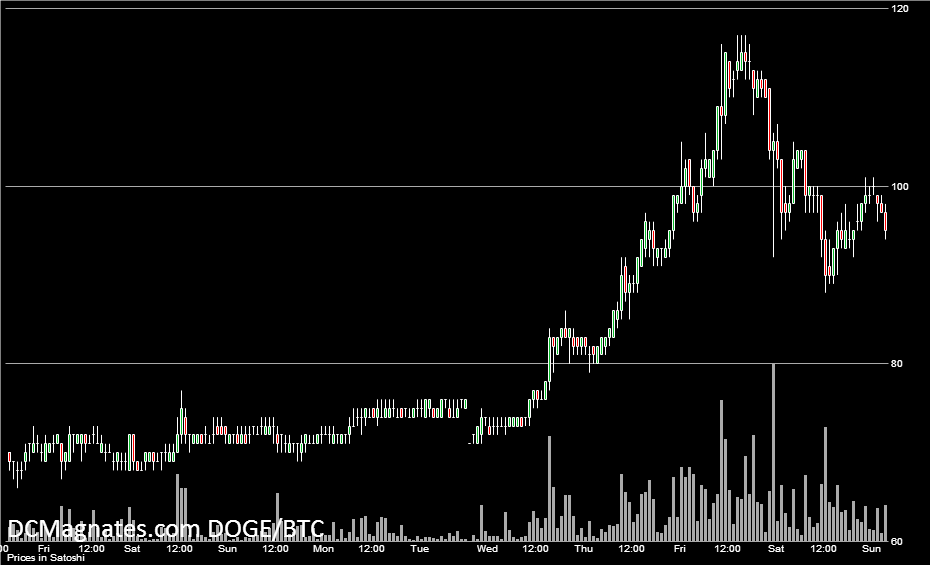 DOGE had been trading at its highest bitcoin-denominated level since April. It has now surpassed Nxt in market cap rank, now in 5th, 3rd among mineable currencies. Its total valuation is currently $36 million.

DOGE has gained as much as 400% since flatly trading at 24 satoshi one month ago. In retrospect, that period was a critical one for DOGE trading. The coin had languished near all-time lows for several weeks, offering mixed signals of both a bottoming out and further declines into the oblivion of altcoin history.

Although a good part of the gains have been well-earned, one can’t deny that such a multifold rise in so short a time makes DOGE ripe for a sizeable pullback, although the current behavior suggests that this will not be immediate.